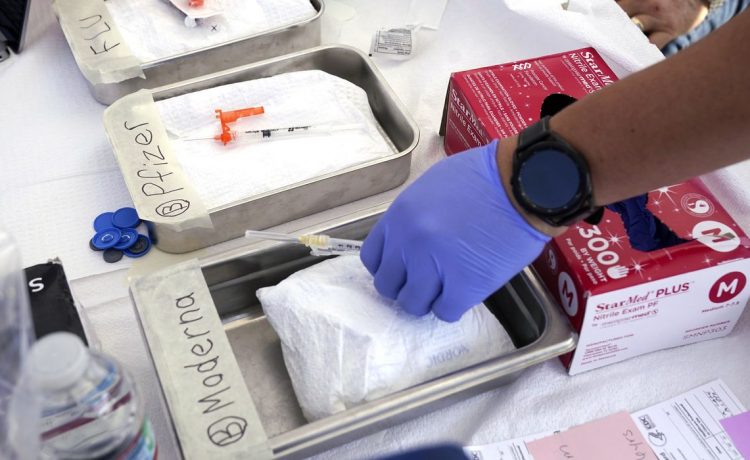 America is on track for a healthier and happier holiday season after two years of COVID-19 upheaval in the winter months, the chief of the White House virus response said Tuesday.

White House COVID-19 Coordinator Ashish Jha based his judgment on the fine-tuning of vaccines and the broader availability of tests and antiviral treatments.

“We’re just in a way better place in several ways. This year, we have brand new bivalent vaccines that attack the virus that’s out there. We didn’t have that last year,” Dr. Jha said.

The coronavirus surged sharply in November 2020, as ground-breaking vaccines neared authorization, and the swift onset of omicron upended the 2021 holiday season and resulted in record hospitalizations by January.

But today, millions of Americans have built up immunity from prior infection or vaccines and boosters, and the latest shots are tailored toward omicron and its circulating descendants.

Tests are easier to find than in late 2021, and there is a “highly effective” antiviral pill known as Paxlovid that should be a no-brainer for persons 50 or older and certainly those age 65 or up, according to Dr. Jha.

“All three of those things look very different than they did a year ago, and way better obviously than they did two years ago,” Dr. Jha said. “That means it is very safe to have a good holiday season.”

Scientists say it wouldn’t be surprising to see cases rise in the colder months — the vaccines haven’t blocked transmission and infection as initially hoped — given seasonal patterns and the fast-moving variants circulating around the globe.

There are so-called “scrabble variants” — BQ.1 and  BQ.1.1, which are circulating in the U.S., and XBB, which caused a high rate of infection in Singapore — that may cause higher rates of reinfection or elude certain monoclonal antibody treatments.

But scientists and the World Health Organization say the spinoffs remain closely related to the omicron variant and shouldn’t cause severe disease and panic even if infections rise for a time.

“The bivalent booster does provide reasonable protection against severe disease, at least as measured in the laboratory, against these variants,” said William Schaffner, an infectious diseases specialist at Vanderbilt University. “We have every expectation the current vaccines we have are going to work against the strains we have here and spreading around the world. So — so far, so good.”

Dr. Jha described the new variants as the “cousins, kids, grandkids” of the omicron variants targeted by the new shots, so he is confident they will thwart severe disease.

Only a small percentage of the American public has come forward for the retooled booster, however.

Slightly over 26 million of the new booster shots, which have been authorized for those aged five and older, have been administered in a country of nearly 330 million people.

Some persons might be waiting until later in the season or waiting out a three-month grace period from their most recent coronavirus infection, as recommended by scientists, but the rate of interest is sluggish.

“What’s disturbing is the acceptance of new booster has been substantially less than desired by the public health community,” Dr. Schaffner said. “We have a whole lot of vaccine fatigue out there.”

Dr. Jha said he is hopeful that interest in the COVID-19 shots will increase as people make their holiday plans or come forward for a flu shot, which often happens around the early November period.

He said his own family will take a COVID-19 test before its Thanksgiving gathering, so the virus doesn’t have an opportunity to spread and upend the holiday.

The White House hasn’t decided whether to relaunch a program that mailed free COVID-19 tests to homes through the U.S. Postal Service, including 41 million households in the latest round, though it said insurers are required to reimburse Americans up to eight tests per month.

The White House will have to search the couch cushions to resume the USPS program, however, saying Congress’s failure to provide new virus funding made things difficult.

“We have not made any decisions. We have not put all those resources together,” Dr. Jha said. “Obviously, this would be made a lot simpler if Congress would just fund the COVID response.”

Even as the COVID-19 outlook improves, the U.S. faces a possible setback elsewhere. Influenza and another pathogen —  respiratory syncytial virus — are hitting the country hard and earlier than usual.

Flu is causing the highest rate of disease at this point in the year since the 2010-11 season, according to the Centers for Disease Control and Prevention, while RSV is a common respiratory virus that causes mild, cold-like symptoms but can be serious in infants and older adults.

Also, the U.S. healthcare workforce is exhausted, so the White House is pleading with the public to get the vaccines that are available for two of the three worrisome pathogens.

Drugmakers are working on a vaccine for RSV, but one isn’t available yet.