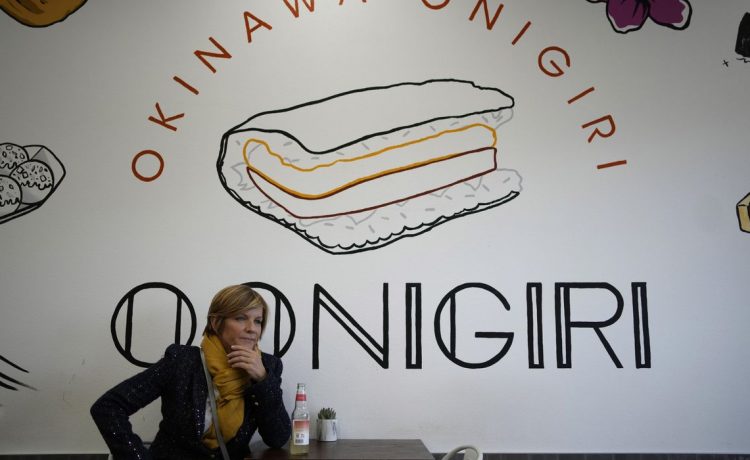 Rochelle Nguyen’s mailbox has been inundated with glossy campaign mailers. Because her household includes registered Republicans as well as Democrats, the materials run the gamut of hot-button topics under discussion in the midterms.

But one thing is different this election, the Nevada assemblywoman said: “I can tell you, everything from social media messaging to mailers – I’ve never received so much in Vietnamese.”

The pile of political mail sitting in Nguyen’s home in Las Vegas is one indicator that Asian American communities have emerged as a critical constituency for both Republicans and Democrats, particularly in key battlegrounds like Nevada’s 3rd Congressional District – one of the most expensive congressional races in the country.

Asian Americans are the fastest-growing racial or ethnic group in the United States and make up more than 10% of the population in five states, including Nevada, which has large Filipino and Chinese American populations. The state’s Asian American voting age population is roughly 350,000. President Joe Biden won in 2020 by about 34,000 votes.

Both parties are testing whether their campaign messaging about crime, inflation and abortion resonates in Asian American and Pacific Islander communities, including the region’s largest, neighborhoods west and southwest of the Las Vegas Strip.

The GOP’s Congressional Leadership Fund has spent $10.9 million to campaign in the Las Vegas area district – more than any other in the nation. The Democrats’ House Majority PAC has spent $3.4 million, according to data aggregated by California Target Book, which tracks federal campaign finance filings.

U.S. Rep. Susie Lee spent an afternoon this week visiting Las Vegas’ Chinatown Plaza to talk to business owners about how she and other Democrats have worked to ensure they have the resources to withstand skyrocketing costs and the scars the pandemic inflicted on the nation’s economy.

The second-term Democrat said her district’s Asian American community has always been a focus, but Lee’s eleventh-hour push comes amid unprecedented efforts from Republicans in Nevada, including her opponent, April Becker, to direct the party’s economy-focused message toward Asian American voters.

“I continue to remind people that, yes, inflation is affecting all of us; it’s causing us to hurt at the gas pump and in the grocery store. But there’s one party that has taken action to take on inflation and there’s one party that wants to use it as a talking point,” Lee said, noting that Asian American business owners often thank her for supporting economic relief throughout the pandemic.

Becker declined to be interviewed for this story.

The Democratic-controlled Legislature prioritized uniting the Asian American community into the 3rd District when they redrew the state’s political maps last year without Republican support. Asian Americans now account for 21% of the voting-age population.

On paper, the district now leans bluer than it did previously, but the new boundaries could backfire.

After outperforming their expectations in 2020 with Asian Americans, Republicans are working to further their inroads in places like southwest Las Vegas, where the Republican National Committee opened an “Asian Pacific American Community Center” to headquarter their outreach efforts six months ago.

More than ever before, they say, Republicans are publishing campaign materials in Chinese, Hindi, Korean and Vietnamese and advertising in community newspapers like the Philippine Times of South Nevada and the Asian Journal of Las Vegas, where RNC Chairwoman Ronna McDaniel published an op-ed last month titled: “Filipino Americans Strengthen Our Country. Democrats Don’t.”

Similar outreach tactics have for years been employed by Democrats to get out the vote in Asian American communities. This year in Nevada, the Democratic Congressional Campaign Committee is running abortion and hate crime-focused ads, including in Tagalog, to draw contrast between Lee and Becker. They’re running ads in the same community newspapers as Republicans as well as in the bimonthly Korea Times Las Vegas and on the Filipino radio station PHLV.

Though Asian Americans historically have leaned Democratic, Republicans hope to narrow the margin.

“We’ve made inroads in places that people in the past didn’t traditionally think the GOP would,” he added.

Amid a spate of anti-Asian hate crimes, Republicans have said their emphasis this year on public safety will resonate in Asian American communities. They also hope turnout will be encouraged by the experience of Asian American students in college admissions, which is at the center of a high-profile affirmative action case in front of the U.S. Supreme Court.

Janelle Wong, a University of Maryland professor who co-directs the research group AAPI Data, said both parties have contacted more voters than in elections past.

Asian Americans and Pacific Islanders are a diverse group linguistically, economically and politically, yet survey data show the group – in comparison to other demographics – is relatively united around certain issues, including in support of access to reproductive health care.

Though Democrats have made abortion a centerpiece of their midterm campaigns since the overturning of Roe v. Wade, if Republicans are able to motivate voters around issues such as crime or a sluggish economy, their efforts could be decisive in races that come down to a few thousands of voters.

“If their goal is to eat away at the Democratic bloc and if the past is any indication, they could be successful,” Wong said.