The Great Days > News > At 50, ‘Day of the Dead’ rituals have found home in U.S. families, commerce
News

At 50, ‘Day of the Dead’ rituals have found home in U.S. families, commerce 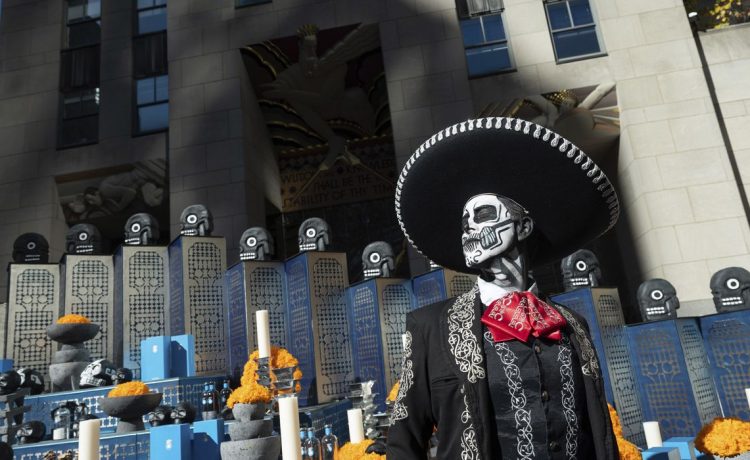 What was an obscure Mexican celebration 50 years ago has exploded into a North American “fan favorite” in Hispanic and White communities, scholars said of the Nov. 1 celebration of “Día de los Muertos,” or “Day of the Dead.”

“From two Chicano art galleries — Self Help Graphics & Art in the Latino neighborhood of East L.A. and Galeria de la Raza in San Francisco’s Mission District — the creation of U.S. Day of the Dead altar exhibitions and street processions was born in 1972,” Ms. Marchi said via email.

“When Chicanos began observing Día de los Muertos in the U.S., they did so as a multi-media phenomenon, as a way to celebrate Mexican American identity,” she added.

The artists, she said, “transformed a celebration that was originally religious, private and family-centered into one that was secular and showcased in public venues such as museums, schools, art galleries and street festivals.”

Ms. Marchi said she’s been studying the festival for 20 years, and is the author of “Day of the Dead in the USA: The Migration and Transformation of a Cultural Phenomenon” (Rutgers University Press), whose second edition was released in March.

She said the commercialization of the Día de los Muertos — which especially ramped up after the 2017 Disney animation hit “Coco,” celebrating the event — is a development of the past 20 years or so.

“Millions more people in the U.S. know about the celebration today than they did 10 or 20 years ago,” she added.

For Andrew Chesnut, who holds a chair in Catholic studies at Virginia Commonwealth University in Richmond, the rise of Día de los Muertos in the U.S. is ”part and parcel of [the] great Mexican cultural influence in our country.”

He added that thanks to “Coco,” the celebrations have even gained some cachet in Mexico among middle- and upper-class families that had previously eschewed the practice.

“I have Mexican relatives who live in actually one of the two famous states in Mexico for Day of the Dead, Michoacan,” he said in a telephone interview.

“Most of [these] family members only started doing their own home altars and then posting them on Facebook or WhatsApp after ‘Coco,’” he added.

Mr. Chesnut, who said his principal Day of the Dead observance is “doing media interviews,” said that having non-Mexicans observe the festival is not a negative form of “cultural appreciation.”

He said it is “appropriate for people who are not Mexican or do not have a heritage of Latin American countries to be participating this and erecting altars and such … as long as they remember where it comes from, and are respectful” of its Mexican origins.

Those origins, the Rev. Steve Grunow, a Roman Catholic priest and CEO of Word on Fire ministries, extend farther than Mexico.

“The Day of the Dead, as it’s commemorated in Mexico is derivative of practices that are coming from the Iberian Peninsula, that go back centuries, and I guess you could say they’re likely Christian and medieval in origin,” he told The Washington Times.

Traditions such as visiting ceremonies, praying for the repose of the dead, decorating homes and even feasting are “representative of certain cultural practices that help people to come to terms with the reality of death, and people’s continued relationship with the deceased, which most people believe is deeper than that of memory,” Father Grunow said.

He warned against “an uncoupling” of Día de los Muertos celebrations from their religious significance, warning that a disconnection from Christ’s death and resurrection “kind of degenerates [the festival] into the macabre.”

The priest said that while attendance at Mass on All Saint’s Day is required of Catholics, Day of the Dead celebrations are optional.

“But these are our cultural customs that are heavily influenced by Christian faith and belief and therefore they’re not bad things,” he said.