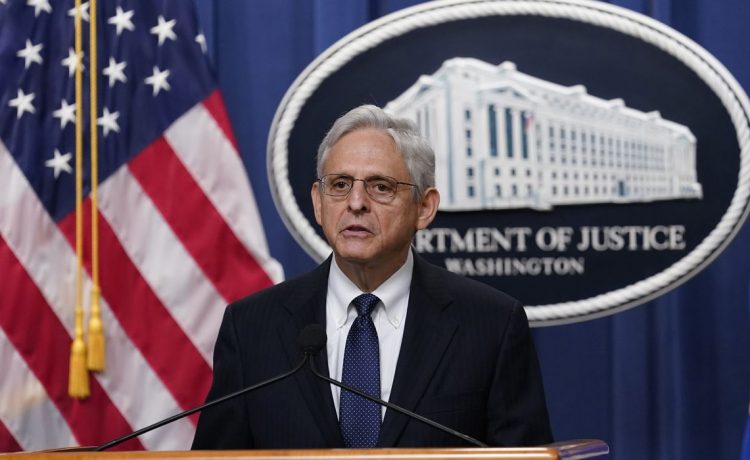 Efforts by the nation’s top law enforcement official to provide clarity on the FBI’s unprecedented search of former President Trump’s Mar-a-Lago estate have done little to quell the fierce blowback from some Republican lawmakers.

Despite an extraordinary press conference from Attorney General Merrick Garland and the unsealing of the warrant that allowed FBI agents to seize highly classified documents from Mr. Trump’s private residence, top Republicans continue to rail against the Department of Justice’s actions and demand greater transparency into the information used to obtain the warrant.

“No one is above the law. Donald Trump is not above the law, and Attorney General Merrick Garland is not above the law, either,” Rep. Mike Turner of Ohio, the House Intelligence Committee’s top Republican, said Sunday on CNN’s “State of the Union.” “Congress has the powers of oversight. [Mr. Garland] needs to comply … His actions are unprecedented.”

The unsealing of the search warrant revealed that the DOJ is investigating Mr. Trump for three potential violations of federal law related to the documents: the Espionage Act, obstruction of justice and the removal or destruction of records.

“Upholding the rule of law means applying the law evenly without fear or favor,” he said. “Under my watch, that is precisely what the Justice Department is doing.”

The White House remained mum through the weekend, refusing to comment about the search that led to the FBI carrying out 11 sets of classified materials that reportedly included information about nuclear weapons programs.

Mr. Biden learned of the raid through media reports, administration officials have said.

“The Department of Justice has complete, complete independence,” White House press secretary Karine Jean-Pierre said Sunday on ABC’s “This Week.” “We do not interfere. We do not get briefed. We do not get involved.”

But while many powerful elected Republicans vow to dig deeper or retaliate against the DOJ, others in the GOP, such as Rep. Dan Crenshaw of Texas, Maryland Gov. Larry Hogan and Arkansas Gov. Asa Hutchinson, have struck more reserved tones as more details come to light. They have publicly advised their Republican colleagues to dial back the language against law enforcement.

But some far-right lawmakers like Marjorie Taylor Greene of Georgia and Paul Gosar of Arizona have called for the FBI to be defunded or disbanded in the wake of the raid.

An armed man was fatally shot during a standoff last week after he attempted to breach the Cincinnati FBI field office, which came as federal authorities warn there has been an uptick in the number of threats against the agency since the raid.

FBI officials are so concerned about the threats, that Director Christopher Wray last week announced that the bureau will adjust its “security posture,” but did not provide further details.

“It’s very concerning to me. It’s outrageous rhetoric,” Mr. Hogan said on ABC’s “This Week.” “First, we had the left talking about defunding the police and attacking police officers, and now we have the right saying defund these federal law enforcement officers. It’s absurd. It’s dangerous because we saw the one incident already, but there are threats all over the place.”

On CNN’s “State of the Union,” Mr. Hutchinson said the FBI was “simply carrying out their responsibilities under the law” with a “lawful search warrant.” He urged GOP critics to “pull back on casting judgment” and to “stand with” law enforcement.

Congressional Democrats have set their sights on what potential national security risks were posed by the sensitive information being held at an unsecured location like Mar-a-Lago and have asked for a damage assessment from the director of national intelligence. House Intelligence Committee Chairman Adam Schiff, California Democrat, said Sunday on CBS’s “Face the Nation” that he’s “confident” they’ll receive a briefing at some point, though their request has not yet been answered.

Mr. Trump has denied any wrongdoing. He spent the weekend lashing out at the DOJ and FBI through posts and reposts of others on his social media platform, Truth Social.

“The RAID was Politics, the Midterm Elections, and 2024. It’s another form of Election CHEATING – That’s all the Radical Left Democrats know what to do,” Mr. Trump wrote. “They use the FBI & DOJ to try and dirty up their opponents, but the people of our Country are wise to them like never before. Be care what you wish for!”

The former president has contended that he declassified the sensitive information before departing office, but no evidence has been presented to support such claims.

Mr. Garland’s effort to blunt criticism by taking the unusual move of unsealing documents related to the search seemed to raise more questions than answers.

Republicans and Trump allies called for the Justice Department to offer more transparency by making public the affidavit used by the FBI to secure the search warrant. The affidavit lays out all sorts of tantalizing details about the investigation of Mr. Trump, including why prosecutors thought evidence of a crime could be found at Mar-a-Lago and why they needed to execute the raid.

The search warrant doesn’t lay out why investigators believe Mr. Trump may have violated the Espionage Act, a World War I era law that carries a $100,000 fine and a 20-year prison sentence.

A property receipt released alongside the search warrant shows the FBI removed 11 sets of documents, including some labeled “top secret,” the highest classification level used by the U.S. government. But it was still vague about what was taken and why the materials necessitated more than 30 armed FBI agents swarming Mar-a-Lago.

Also seized in the search is an item labeled “Info re: President of France,” and an item related to Mr. Trump granting clemency to longtime associate Roger Stone.

Other items are described in the property receipt in vague terms, including “leatherbound box of documents,” “binder of photos,” and “handwritten note.”

It’s unclear from the public documents why those materials are important to investigators.

The Washington Post reported Thursday that investigators were seeking classified documents related to nuclear weapons, but the warrant made no mention of nuclear secrets.

Mr. Trump insisted that the report was untrue, calling it a hoax. He said all the material was no longer classified, and his lawyers have said that he declassified the documents before leaving office.

The documents were disclosed Friday afternoon after Mr. Trump and his legal team announced they would not oppose the Justice Department’s motion to unseal the search warrant and property inventory.

In a brief, one-page motion Mr. Trump’s legal team said the former president “does not object” to the government’s motion.

The move was widely expected after Mr. Trump himself posted on his social media platform late Thursday night that he will not oppose the release of documents related to the search of Mar-a-Lago.

“Not only will I not oppose the release of documents related to the unAmerican, unwarranted, and unnecessary raid … I am going a step further by ENCOURAGING the immediate release of those documents,” he said in a statement on Truth Social.

It is highly unusual for a federal judge to order the release of a search warrant, but it is also very rare for the Justice Department to make such a request.

According to the Justice Department’s filing, the heightened public interest in the case justifies its unsealing. However, the department also made it clear that Mr. Trump should have an opportunity to weigh in if the materials could cause harm if they are made public.