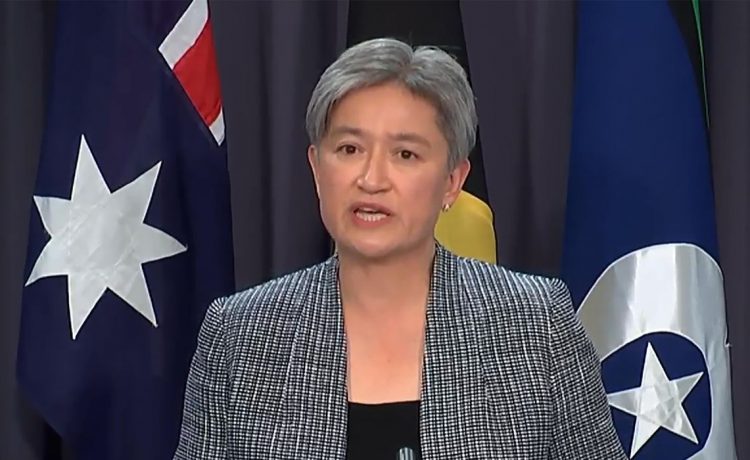 The center-left Labor Party government agreed to again recognize Tel Aviv as the capital. The Cabinet also reaffirmed that Jerusalem’s status must be resolved in peace negotiations between Israel and the Palestinians, Foreign Minister Penny Wong said.

Australia remained committed to a two-party solution to the conflict between Israelis and Palestinians, and “we will not support an approach that undermines this prospect,” Wong said.

“Jerusalem is the eternal undivided capital of Israel and nothing will change that,” Lapid said in a statement.

Wong said her department made an error by updating its website on Australia’s revised policy on Israel’s capital before Cabinet had confirmed the change.

This led to conflicting media reports on Australia’s position before Wong’s announcement.

Lapid appeared to blame this media confusion for Australia changing its policy.

“In light of the way the decision was made in Australia, as a hasty response to a mistaken report in the media, one can only hope in other issues the government of Australia behaves more seriously and professionally,” Lapid said.

Israel’s Foreign Ministry said it will summon the Australian ambassador to express “deep disappointment” over a decision that was “based on short-sighted political considerations.”

Senior Palestinian official Hussein Al-Sheikh said he welcomed Australia’s decision “and its affirmation that the future of sovereignty over Jerusalem depends on the permanent solution based on international legitimacy.”

The change followed then-U.S. President Donald Trump’s decision to move the U.S. Embassy from Tel Aviv to Jerusalem. President Joe Biden has kept the embassy in Jerusalem as the U.S. steps back from its once-intense mediation between the Israelis and Palestinians, who have not held substantive peace talks in more than a decade.

Wong described Morrison’s move as out of step internationally and a “cynical play” to win a byelection in a Sydney locale with a large Jewish population.

Morrison’s Liberal Party ran Jewish candidate Dave Sharma who was defeated in the byelection but won the seat in the next general election.

Morrison’s government was elected out of office in May after nine years in power.

Nasser Mashni, vice president of the human rights group Australia Palestine Advocacy Network, thanked the government for “differentiating itself from the dangerous political posturing of the previous government.”

“This reversal brings Australia back into the international consensus – Australia must not pre-empt the final status of Jerusalem,” Mashni said in a statement.

“Israel asserts that the entire city is exclusively theirs, denying Palestinian connection to their ancient spiritual, cultural and economic capital,” Mashni added.

The Executive Council of Australian Jewry, which represents Australia’s Jewish community, branded the reversal a “gratuitous insult to a key economic and strategic ally.”

“This decision panders to the most extreme elements of the Labor Party and will also serve as a disincentive for the Palestinians to return to negotiations,” the council said in a statement.

Morrison, who remains an opposition lawmaker, said the government’s decision was disappointing.

The decision “represents a further diminution in Australia’s support for the state of Israel by the Labor government from the high water mark established by the Morrison government,” his office said in a statement.

In the 1967 Mideast war, Israel captured east Jerusalem, home to holy sites of three faiths, along with the West Bank and the Gaza Strip. The Palestinians seek east Jerusalem as the capital of a future state. The status of Jerusalem remains one of the thorniest issues in the decadeslong conflict and has precipitated numerous rounds of violence.

Only a handful of countries, including Kosovo and Guatemala, have joined the U.S. in recognizing Jerusalem as Israel’s capital.