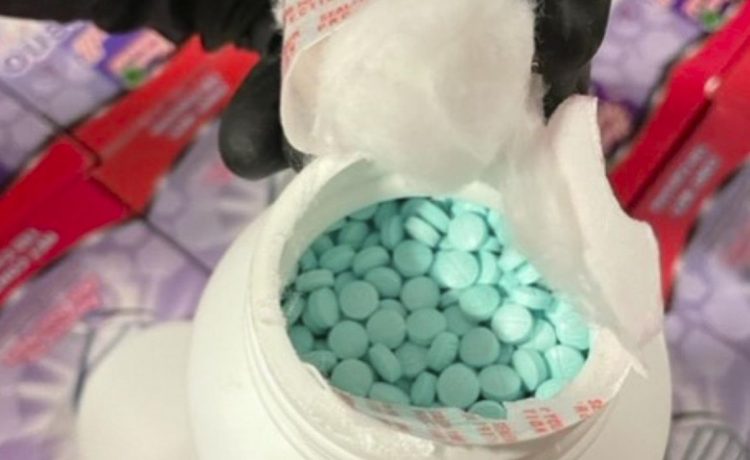 Australian Federal Police said Monday they intercepted a shipment of fentanyl that would be enough for 5 million doses, by far the largest seizure of the deadly synthetic opioid in the country’s history.

Authorities said they typically seize about 30 grams or less of the drug, which is up to 100 times more potent than morphine and driving overdose deaths to record levels in the U.S.

“So to have a detection that is 11 kilograms pure is just quite frankly extraordinary,” Australian Border Force Commander James Watson said at a Monday press conference.

The drugs entered the country hidden inside an industrial three-tone lathe that arrived at the port of Melbourne in December. Border inspectors launched an investigation in February after they detected powdered substances inside military-style ammunition boxes concealed in the lathe.

The discovery kicked off a lengthy process to extract the drugs and test them. The federal police, border forces and Department of Home Affairs have launched a joint investigation to find those responsible for importing the fentanyl.

Australian police stressed it is unusual to find fentanyl in the country outside of medical purposes.

For years, U.S. officials have warned Americans that fentanyl — often manufactured in China and sometimes routed through Mexico — can be mistaken for heroin with deadly results.

“People who use illicit drugs can never be certain what they are ingesting and this seizure highlights the potentially lethal game of Russian roulette they play,” AFP acting Commander Anthony Hall said in a press release. “We don’t want to see Australia joining other countries in that deadly game.”