The Great Days > News > Backfire: Dems spent millions to get pro-Trump candidates on the ballot, and now they’re winning
News

Backfire: Dems spent millions to get pro-Trump candidates on the ballot, and now they’re winning 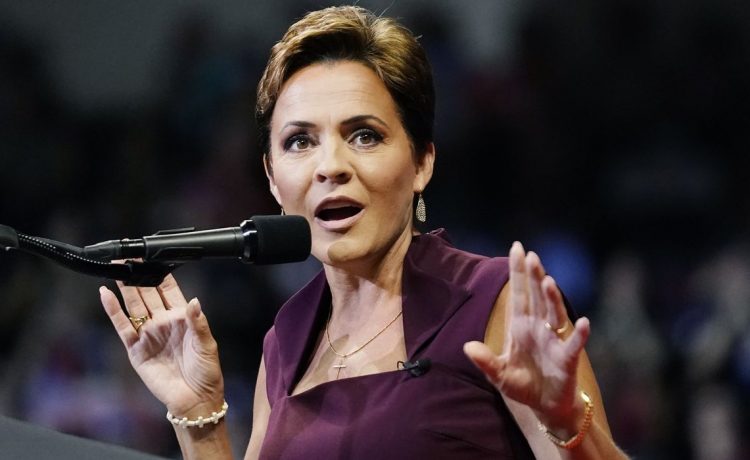 The Democrats’ plan to bankroll MAGA Republicans in the primaries to tee up easy GOP defeats in the general elections blew up in their face with some of those “unelectable” Trump-backed candidates headed for victory.

In Arizona, Republican Kari Lake, boosted in the August 2 GOP primary by state Democrats, is leading Democrat Katie Hobbs in the governor’s race by several points.

In New Hampshire, Senate Democrats helped Republican Don Bolduc onto the general election ballot and he now has closed in on Democratic incumbent Sen. Maggie Hassan.

“They’ll have to answer to their liberal donors whose financial resources were spent propping up a formidable Republican candidate,” said Bolduc spokeswoman Kate Constantini. “In a change vs status quo election, outsider candidates like General Bolduc are poised for success, especially against a lackluster and out-of-touch incumbent like Senator Hassan.”

Ms. Lake and Mr. Bolduc are among several examples of midterm meddling by Democrats who spent money in the primaries to help put Trump-endorsed “extreme” Republicans on to the November ballot to fire up their Democratic base and win over independents, and even some Republicans weary of the former president.

But the Trump-endorsed candidates aren’t failing according to plan. They are closing in and even winning in battleground races.

Ms. Lake, a former Phoenix television news anchor, has pulled several points ahead of the Democratic nominee for governor, Secretary of State Katie Hobbs. Ms. Lake made it on the November ballot with some help from Arizona Democrats, who days before the primary sent out “a warm thank you” to Ms. Lake’s GOP opponent, Karrin Taylor Robinson “for her longtime financial support to help elect Democratic candidates.”

Mr. Schumer wants to expand his caucus’ grip on the evenly split Senate and calculated a Trump-backed candidate would have no chance of defeating an incumbent Democrat in the Granite State.

But Mr. Bolduc is now tied with Mrs. Hassan, according to several polls.

According to the latest  University of New Hampshire Survey Center, Ms. Hassan has 50% among likely voters in the poll, which was released on Sunday evening, while Mr. Bolduc stood at 48%. The Libertarian Party candidate Jeremy Kauffman picked up 1% and 1% either supported someone else or were undecided.

Her current two-point lead over the retired general is within the survey’s sampling error of plus or minus 2.1 percentage points. Mr. Bolduc’s campaign told The Washington Times that it was clear the Democrats made a bad bet.

A longtime Democratic operative in Washington said the strategy was “definitely risky.”

“It undercuts the urgency of Biden going out and giving these two big speeches about democracy being on the ballot then having at least some democratically aligned groups supporting candidates who are 2020 election deniers,” the operative said, not wanting to be identified talking about the party’s missteps. “Voters have a very short attention span, and they won’t remember it or think about it.”

House Democrats, through the Democratic Congressional Campaign Committee, targeted GOP primaries to try and prop up Trump-endorsed candidates through ad buys, including Michigan Republican John Gibbs, who is in a competitive race with Democrat Hillary Scholten in the state’s 3rd Congressional District.

Despite the Democratic attacks on Mr. Gibbs as an “extremist,” political analysts show Ms. Scholten as only slightly favored in the race, while both sides acknowledge that the election is close.

Democrats bankrolled other GOP candidates in the primaries, According to a Washington Post analysis, the party spent

nearly $53 million in nine states in primaries this cycle amplifying conservative GOP candidates, who they viewed as easier to beat.

Of the 13 congressional and gubernatorial GOP primaries where Democrats intervened to help their Republican of choice win, six made it out of the primary.

A Democratic political action committee spent nearly $100,000 to boost Trump-endorsed conservative Robert Burns in New Hampshire’s GOP primary for the state’s Second Congressional District. He won the primary but isn’t as easy to defeat as Democrats had hoped. A poll last week showed Mr. Burns ahead of Mrs. Kuster by 1 point, although other polls show Mrs. Kuster up by 8 points.

Despite the ads, Mr. O’Dea won the race by a 9-point margin. He is now facing off against Democrat incumbent Sen. Michael Bennet on Tuesday. Real Clear Politics has shifted its prediction of the race from lean Democrat to “toss-up.”