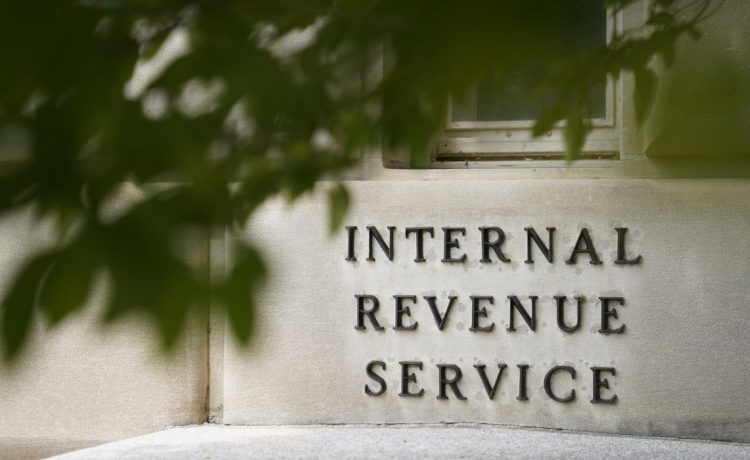 The IRS backlog has grown worse over the last year and millions of returns filed on paper this year have yet to be touched by the agency, the country’s official taxpayer advocate told Congress in a new report Wednesday.

They could be waiting up to 10 months to get their refunds, said National Taxpayer Advocate Erin M. Collins.

As of late last month, the IRS was sitting on a pile of 21.3 million unprocessed paper tax returns, at least 10.5 million of them filed by individual taxpayers. Both numbers were worse than at the same point in 2021, the advocate said.

The IRS has pumped resources into the situation and expects to clear the final batch of last year’s returns this week, then turn its attention to the forms filed in this year’s tax season, none of which have been touched, the new report said.

“The IRS has said it is aiming to crush the backlogged inventory this year, and I hope it succeeds. Unfortunately, at this point, the backlog is still crushing the IRS, its employees, and most importantly, taxpayers,” Ms. Collins said.

She said individuals filing electronically — which more than 90% of taxpayers do — are in good shape, as long as they didn’t make mistakes. But if the IRS does spot a math error and begins a written correspondence, it can take “well over a year” to resolve the issue and get a refund issued, Ms. Collins said.

SEE ALSO: Biden to call on Congress, states to temporarily waive gas taxes in bid to ease pain at the pump

Some 336,000 taxpayers victimized by identity theft also must go through a tedious paper process that takes a year to resolve.

Ms. Collins blamed the backlog on a combination of factors ranging from chronic funding limits to pandemic conditions, and did credit the IRS with awareness of the problem and attempts to fix it.

The agency, in a statement, said it has already made progress even in the weeks since Ms. Collins finalized her numbers.

As of June 10, the total unprocessed paper return backlog was 19.1 million, down from 19.9 million at the same point last year, the IRS said. The backlog of identified individual returns was worse, however, with 11.2 million awaiting processing, compared to 9.6 million in 2021.

“The IRS continues to make substantial progress on the inventory, and this effort is helped by a combination of significant new hiring — having recently received Direct Hiring Authority — as well as adding new contractor support, shifting existing staff, providing mandatory employee overtime and developing efficiency improvements,” the agency said.

The IRS said it stands by its year-end goal of eliminating the backlog, so none of the returns filed this year are carried into 2023.

President Biden and Democrats on Capitol Hill have pushed for more money for the IRS, saying the agency needs to deliver better services but also needs to conduct more audits of high-dollar returns to rein in tax cheats.

Democrats say budget cuts during years when the GOP controlled Congress have hollowed out the agency, leading to the backlogs and a precipitous drop in complex audits.

One effect of the IRS’s situation is that taxpayers struggle to get answers to their questions.

The agency received 73 million phone calls in the just-concluded filing season, and an employee answered just 10% of them. The average time on hold was nearly half an hour.

Last year the number of calls was significantly higher, at 167 million, and agency employees answered 9%. Taxpayers last year usually were on hold for 20 minutes.