Bad neighborhoods: 1% of counties responsible for 42% of America’s murders 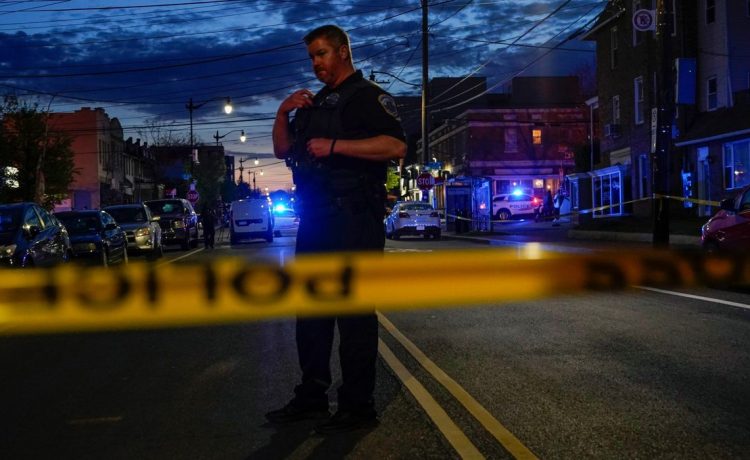 Even as murder rates have spiked, most of America has remained untouched.

Only a tiny fraction of U.S. counties account for nearly all of the country’s homicides, according to new research released Tuesday that found a striking amount of concentration in where killings take place.

The worst 31 counties — generally urban jurisdictions — have about a fifth of the country’s population but accounted for 42% of the country’s murders in 2020, says John R. Lott Jr., president of the Crime Prevention Research Center, which did the study.

Meanwhile, 52% of counties recorded no murders in 2020, and another 16% recorded only a single murder.

“Murders are a problem in a very small percentage of the counties in the United States,” Mr. Lott told The Washington Times.

Even in those higher-murder counties, the crime is still concentrated, he said.

Mr. Lott crunched the data for Los Angeles County and found 10% of the county’s ZIP codes had 41% of the murders. Another 10% accounted for 26% more.

“Murder isn’t a nationwide problem. It’s a problem in a small set of urban areas and even in those counties murders are concentrated in small areas inside them, and any solution must reduce those murders,” he wrote in his report.

Mr. Lott relied on FBI data for his study, using the bureau’s Supplementary Homicide Report. For states that don’t report data to the FBI or where the data is believed to be a dramatic undercount, he relied on public uniform crime reports.

Cook County in Illinois — home to Chicago — led the country with 775 reported murders in 2020. It was followed by Los Angeles County at 691, Harris County in Texas at 537, Philadelphia at 495 and New York’s five boroughs at 465.

Mr. Lott’s statistics show those five jurisdictions alone combined for about 15% of the year’s murders.

They also generally feature authorities who have pursued less stringent approaches to crime — a correlation Mr. Lott said is tough to avoid from the data.

“It’s primarily in those heavily urban areas where you’re having the most lax approaches to crime on average, and that’s where we’re seeing the biggest increases,” he told The Times. “That’s why we’re seeing their share of murders and other violent crimes increased.”

Mr. Lott’s findings could explain one of the quirks in public polling last year in the run-up to the midterm congressional elections.

Surveys showed voters placed violent crime high on their list of concerns, though the same surveys often found that respondents didn’t fear for their own safety.

Criminologists have long identified higher crime rates in urban areas, but they say it’s more complicated than simply a matter of population.

Some analysts point to blighted neighborhoods, high levels of truancy and other measures of social disunity as factors. Others point to lower arrest rates.

The year 2020 was striking for its increase in homicides, and for some other pressure points, including the start of the coronavirus pandemic and the killing of George Floyd in Minneapolis, which sparked both waves of unrest and attempts to curtail policing.

The mayhem continued into 2021, with some major cities reporting record-high homicide counts.

The latest data suggests homicides cooled off in 2022, though violent crime rates may still have ticked up.

Mr. Lott, in his study, pointed to an inverse correlation between counties with high murder totals and gun ownership.

He said he doesn’t put too much weight on that point, but said it does serve as a challenge to the kinds of solutions Democrats are eyeing.

“President Biden and Democrats want to talk about violent crime as a gun problem. Over 92% of violent crime has nothing to do with guns,” Mr. Lott said. “The way you reduce violent crime or gun crime is the same way: You have to make it risky to go and commit the crime.”