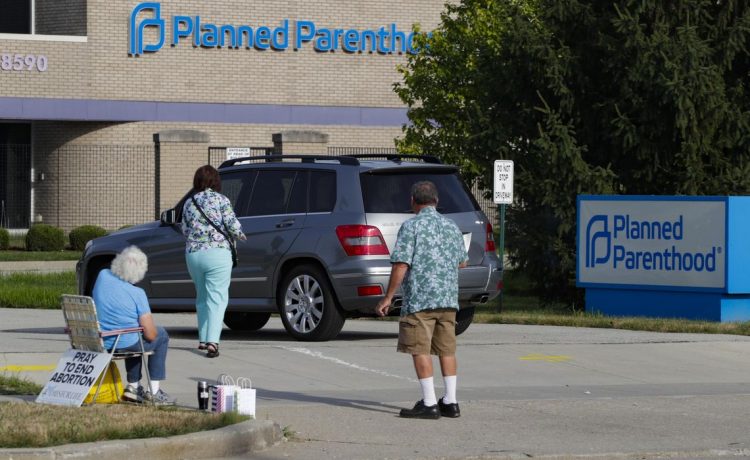 A Maryland man has sued the city of Baltimore claiming violations of his rights to free speech and the free exercise of religion.

John Roswell of Elkridge says the city’s efforts to block him from placing signs on a public sidewalk while he protests near the Planned Parenthood clinic in Baltimore are unconstitutional, partly because permitting regulations require the abortion facility to consent to the display.

The Thomas More Society, a public-interest law firm representing Mr. Roswell, said he has stood on a public right-of-way to communicate with women contemplating abortions as they approach or leave the facility.

Mr. Roswell’s signs, in an A-frame style and less than three feet high, feature pictures of fetuses and slogans such as “Unborn Babies Are Human and Feel Pain,” the group said.

“For several years, he has done so regularly, peacefully exercising his First Amendment rights,” a news release said.

Baltimore officials fined Mr. Roswell $500 for one of his public displays, the Thomas More Society said, but a hearing officer reduced that to $10 because a sign was “touching a city utility pole.” The hearing officer did not rule on the permissibility of the signs, the group said.

“John Roswell is a good citizen, so he set about gathering information about the permit process,” said Cameron Guenzel, a Thomas More Society special counsel. “He learned that the signs require two permits, even though they are temporary and not affixed. Those permits can only be obtained via a costly and burdensome process, and can be granted, denied, or revoked at the unfettered discretion of the city of Baltimore and its employees.”

Mr. Roswell is seeking a permanent injunction against the regulations as well as unspecified damages for violating his First Amendment rights.

Contacted via email, Baltimore city solicitor James L. Shea told The Washington Times he had not seen the complaint.

“In any event, when something is in active litigation we are compelled to make our responses in the litigation itself,” Mr. Shea said.