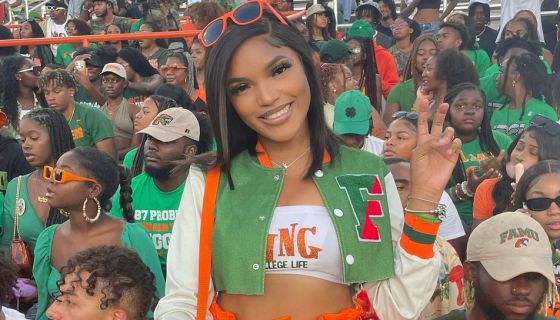 Florida A&M is known for the iconic Marching 100, world-renown engineering program, proud alumni network, and bar-raising baddies who slayed (and slayed and slayed again) at their Homecoming in Tallahassee, Florida.

Sitting on the highest of seven hills, Florida Agricultural and Mechanical University was founded October 3rd, 1887 with a legacy of providing access to a high-quality, affordable education with programs and services that guide students toward successfully achieving their dreams.

The storied institution enrolls nearly 10,000 students from across the United States and more than 70 countries as the highest ranked public HBCU for the past three years.

Since its inception, FAMU has embraced the values of accountability, inclusion, innovation, and integrity while endorsing the Board of Governors’ Statement of Free Expression that expects open-minded and tolerant civil discourse to take place throughout the campus community.

In addition to the main Tallahassee campus, FAMU has several satellite campuses across Florida including the College of Law in Orlando and the College of Pharmacy and Pharmaceutical Sciences, Institute of Public Health, which has sites in Crestview, Tampa, Jacksonville, and Miami.

“College is already such an extremely formative time for anybody,” said Packer who donated $500K to his alma mater ahead of the grand opening of a new performing arts amphitheater named in his honor.

“But as a young Black man from St. Petersburg, Fla., going to an HBCU, the first time being around that many African Americans, to be in the midst of the HBCU community – it challenged me in ways that I had not been challenged before and allowed me to really find my voice.”