Battle for Congress could hinge on North Carolina district 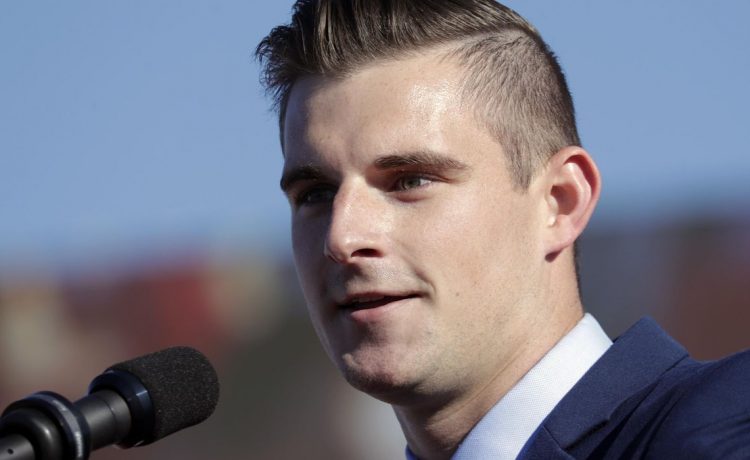 FUQUAY-VARINA, N.C. — In the fast-growing suburbs of Raleigh, North Carolina, the 13th District has emerged as one of the nation’s battlegrounds for congressional control, where a tight race between former President Donald Trump’s favored young upstart and a Democratic state senator could determine the balance of power in the narrowly split U.S. House.

Each refuting accusations of extreme stances and loose ties to the district, Republican Bo Hines and Democratic state Sen. Wiley Nickel are vying for the open seat that spawned from a tumultuous redistricting battle during which North Carolina fashioned boundaries for the new congressional district it was awarded following the 2020 census.

Analysts say the existing congressional map favors Republicans in seven of the state’s 14 districts, and favors Democrats in six. It was created by a panel of three judges after it declared the Republican-controlled legislature’s proposed boundaries amounted to unlawful partisan gerrymandering.

The map is only good for the 2022 election and will be redrawn by the legislature for 2024.

Considered the state’s lone swing district based on past elections, the 13th stretches from the southern border of the capital city beltline to the hog farms at the western edge of the coastal plain, aggregating a myriad of urban, suburban and rural communities. Its candidates are now seeking to portray themselves as moderate enough to represent the diverse constituency.

Political analysts, such as David McLennan of Meredith College in Raleigh, say the race is yet another test of Trump’s influence in a crucial swing state. But he expects even a successful election year for North Carolina Democrats won’t be enough to protect the party from losing control of the House.

In Fuquay-Varina, a right-leaning suburb, Hines turns heads as he enters a bustling coffee shop. A local contractor stands up to shake his hand, and two teenagers at the corner table chatter about his “frat boy charm.” He’s new to the neighborhood — he relocated to the district from Winston-Salem just a month before the May primary — but the 27-year-old former college football player asserts he understands the issues that matter to its residents.

Democrats have criticized Hines for “district shopping,” but the Republican, who lived in Raleigh for two years before transferring to Yale from North Carolina State University, said he always intended to run for the seat that Republican U.S. Senate candidate Rep. Ted Budd is vacating. Budd currently represents a 13th District that is located to the west.

Nickel, 46, who still resides in the neighboring 2nd District but has represented Raleigh and nearby Cary in the state Senate since 2019, is “one to talk” about residency, Hines said.

North Carolina congressional candidates are not required to live in the district they seek to represent.

Some unaffiliated voters, like Bambi Bishop Lockhart, a kindergarten teacher in the Raleigh suburb of Holly Springs, aren’t convinced Hines has the experience or maturity to represent their interests in Congress.

“Bo Hines — he’s young, he’s immature and it’s so evident that he moved to the district just to run for Congress,” Lockhart, 47, said. “It reminds me of pageant hopping, like when girls from my childhood would move from place to place competing in local pageants until they finally qualify for Miss North Carolina. Bo’s trying to do that here when he’s actually an outsider who doesn’t represent us.”

She described Nickel — a two-term state senator, criminal defense attorney and former White House staffer under President Barack Obama — as “jovial” and “passionate about the issues that matter,” namely education and abortion access.

Other voters, like Fuquay-Varina structural engineer Tommy Faulkner, 48, are less concerned by Hines’ recent relocation. An unaffiliated voter who “leans conservative,” Faulkner said he sees Hines as the best candidate for the economy.

“He’s a North Carolina son, so no matter what area of North Carolina he decided to represent, I think he could represent well,” he said. “On more of the moral issues, like abortion, I trust him to maintain traditional North Carolina values.”

In a campaign cycle that has often framed abortion access and inflation reduction as mutually exclusive priorities, Nickel told the AP he is running a campaign focused on their intersections. The Democrat, who said federal abortion protections are the first policy he hopes to pass in Congress, argues people won’t want to do business in a state without abortion access, which could hurt North Carolina’s economy.

Hines said he supports a total ban on abortion, “but with the exception of life of the mother.” Democrats called him out earlier in the campaign cycle for wiping any mention of abortion from his campaign website, accusing him of hiding his “extremist” stance to appeal to moderates. Hines told the AP he removed it because he was hearing from constituents that abortion wasn’t among their primary concerns.

The first bill Hines hopes to pass in Congress, he said, is a 10-year moratorium on immigration. He described it as “a pause” to allow the United States to completely redraw its immigration system.

“I’m not against immigration,” Hines said. “I think we need to have an immigration system that allows us to properly vet people and allows us to expedite the process for folks, which, right now, it takes years if you do it correctly.”

But Nickel argues his opponent’s proposal runs counter to his platform of supporting the nation’s economic revival. The Democrat, for his part, has outlined a 30-point inflation action plan he said offers bipartisan economic solutions.

“The things he says are so dangerous and so far outside the mainstream,” Nickel said of Hines. “A 10-year moratorium on immigration would literally wreck our economy. People would go out of business, farmers wouldn’t be able to put food on the table.”

Hannah Schoenbaum is a corps member for the Associated Press/Report for America Statehouse News Initiative. Report for America is a nonprofit national service program that places journalists in local newsrooms to report on undercovered issues. Follow her on Twitter at @H_Schoenbaum.