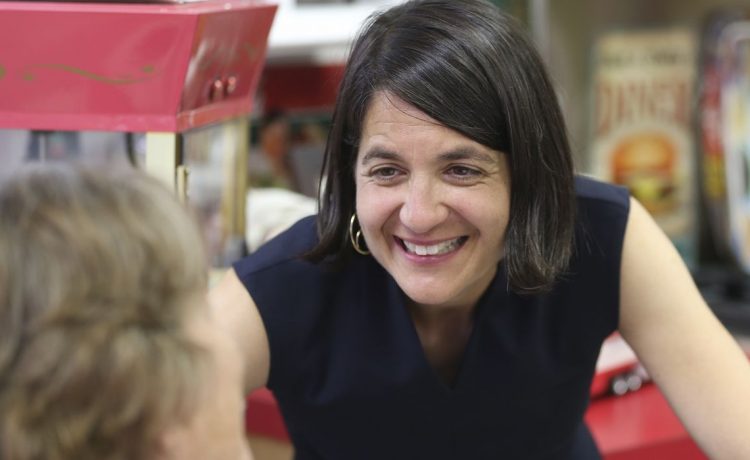 MONTPELIER, Vt. — The leader of Vermont’s state Senate, Becca Balint, won the Democratic Party primary on Tuesday for the state’s lone seat in the U.S. House of Representatives, meaning she could become the first woman and the first openly gay person to represent the state in Congress.

In deep blue Vermont, it’s likely the Democratic candidate will also clinch the general election in November. A win by Balint, who is white, would help erase what some consider to be the blot on the liberal state’s reputation of only being represented by white men.

Balint garnered support from the progressive wing of the state party, including the state’s independent Sen. Bernie Sanders, and national progressive leaders such as Rep. Pramila Jayapal, chair of the Congressional Progressive Caucus. Balint had campaigned with Sanders late last month.

Incumbent Republican Gov. Phil Scott also cruised to a his party’s primary victory, defeating two candidates as he seeks a fourth term. The lone candidate for the Democratic nomination is activist Brenda Siegel, of Newfane. Last fall she spent 27 nights sleeping on the steps of the Vermont Statehouse to highlight the state’s homelessness challenge.

Elected to his first two-year term as governor in 2016, Scott has focused his time in office on making Vermont more affordable and working to attract more people to the state to counter a demographic trend of an aging population with a shrinking workforce and fewer school-age children.

Welch’s decision to run for the Senate seat opens up his seat in the House, the first time since 2006 that there have been any openings in Vermont’s three-member congressional delegation.

Both believe they can win the seat, although Vermont is considered by many to be one of the most liberal states in the country. No Republican has represented the state in Washington since 2001 when the late Sen. Jim Jeffords left the GOP to become an independent, switching control of the Senate from Republican to Democratic.

The two leading GOP candidates for the U.S. House nomination are Ericka Redic, of Burlington, and Liam Madden, a Marine Corps veteran from Bellows Falls.

Redic says that if elected she would focus on fighting inflation, illegal immigration, drug misuse and government overreach, particularly as it concerns vaccine mandates.

Madden, a non-traditional candidate in the Republican primary, says he’s an independent. He said he had thought of declining the nomination if he wins, until he learned that would allow the party to choose a replacement for the November ballot.