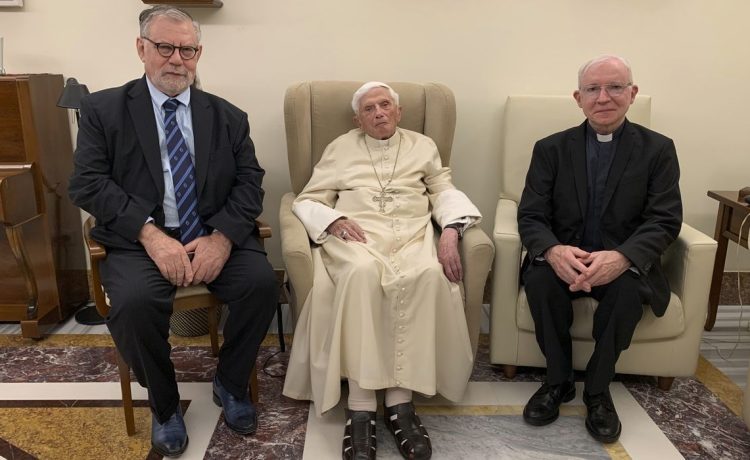 Pope Emeritus Benedict XVI is “stable,” the official Vatican News agency reported Friday, hours before a special Mass was to be said in Rome for his health.

Matteo Bruni, the Vatican’s spokesman, said the 95-year-old former pontiff had “a good rest” Thursday evening and participated in the celebration of Mass in his room at the Mater Ecclesiae Monastery in Vatican City.

Benedict, the former Cardinal Joseph Ratzinger, resigned in 2013 after eight years as pope, citing health concerns he said restricted his ability to fully perform the job.

The special Mass for Benedict was to be celebrated at 5:30 p.m. local time (11:30 a.m. EST) with Cardinal Angelo De Donatis, vicar of the Diocese of Rome, presiding.

Vatican News said the Rome diocese has urged “parish communities, chaplaincies, religious men and women, all the faithful of the diocese and all the men and women of good will who live in Rome” to gather in prayer for the ailing “bishop emeritus.” The pope also holds the title of bishop of Rome.

“May the Lord sustain him in this witness of love for the church until the end,” Francis said at the conclusion of his weekly general audience. The pope, who succeeded Benedict in 2013, then went to the monastery to visit his predecessor.

Writing on Twitter, Washington, D.C., Archbishop Cardinal Wilton Gregory said, “I now invite all Catholics & folks of good will to pray for Benedict XVI. Pope Francis revealed that his health has deteriorated.  He served our Church in many roles — priest, scholar, diocesan bishop, curial official & Pontiff. May Christ reward him for his loving service.”