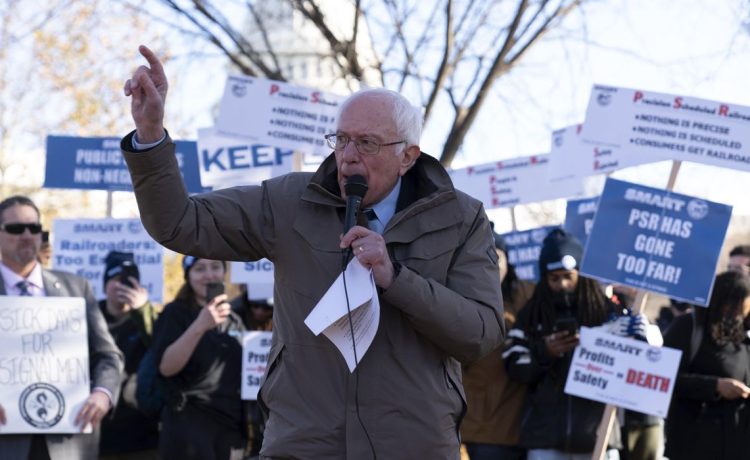 Sen. Bernard Sanders says he plans on taking the Health, Education, Labor and Pensions Committee on the road in the hopes of spotlighting the economic divide between the working class and billionaires.

Mr. Sanders, a Vermont independent and three-time presidential contender, is expected to take the reins of the powerful committee next month and plans to hit the road to pressure Congress to embrace policies he believes would reverse economic trends that have eroded the faith of the working class in democracy.

“Our job is now for Congress to have the courage to take on the powerful corporate interest and their lobbyist and campaign contributors who flood Capitol Hill and show the American people our government can work for them and not just the 1%,” Mr. Sanders said in a speech this week on Capitol Hill. “It is imperative that we take the discussion of all of these important issues and more — that we take this discussion outside the Beltway in Washington into communities across this nation.”

He added, “I intend to see this committee get around this country to hear directly from workers about the struggles they face on their jobs.”

Mr. Sanders has done more than any other elected leader to push the Democratic Party to the left in recent years.

The 81-year-old is a lead proponent of “Medicare for All” and has been consistent in his belief the federal government can do more to lift working-class voters and reduce the influence that corporations and wealthy individuals have on the economy and the political process.

SEE ALSO: Biden DOJ vows to go easy on white-collar criminals if they self-report, even slashing fines by 75%

Mr. Sanders’ vision has proved popular with the base of the party.

He placed second behind President Biden in the 2020 Democratic presidential race and has not ruled out another run in 2024 if Mr. Biden does not seek reelection.

As it stands, Mr. Sanders is expected to take the reins of the Senate HELP committee from Sen. Patty Murray, the Washington Democrat who won re-election in November and is positioned to take over the Senate Appropriations Committee.

“Now is the time for all of us — Democrats, Republicans, independents — to attempt to restore faith in our government,” Mr. Sanders said “If [the] government ignores your life and your pain and the needs of your kids, it is understandable that you say,  ‘Who cares about democracy? Who cares what Congress is doing? They don’t care about me.’”

“Our job is to bring those people together,” he said.