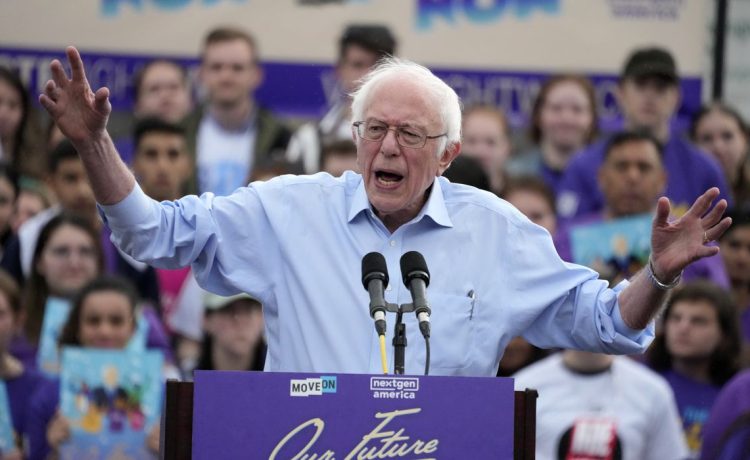 Sen. Bernard Sanders excoriated Sen. Kyrsten Sinema on Sunday, accusing the Arizonan who ditched the Democratic Party to become an independent as a “corporate Democrat” who lacks the guts to take on special interests.

Ms. Sinema made the party switch on Friday, upending Washington and infuriating Democrats while leaving party control of the Senate unchanged.

“I think the Democrats — they are not all that enthusiastic about somebody who helps sabotage some of the most important legislation that protects the interests of working families and voting rights and so forth,” Mr. Sanders said on CNN “State of the Union.” “She is a corporate Democrat who has, in fact, along with [Sen. Joe Manchin III of West Virginia], sabotaged enormously important legislation.”

Mr. Sanders, of Vermont, and Sen. Angus King of Maine were previously the lone independents in the chamber. Ms. Sinema will keep her position on committees but it is unclear whether she will officially caucus with Democrats. She has said she will not caucus with Republicans.

Ms. Sinema previously told CNN that she did not want to be “tethered by the partisanship” that grips Washington.

Mr. Sanders suggested her switch was all about “her political aspirations for the future in Arizona,” as she’s expected to face challenges from the left and right in 2024.