The Great Days > News > Beto O’Rourke, Stacey Abrams struggle this year to recreate the magic of their 2018 campaigns
News

Beto O’Rourke, Stacey Abrams struggle this year to recreate the magic of their 2018 campaigns 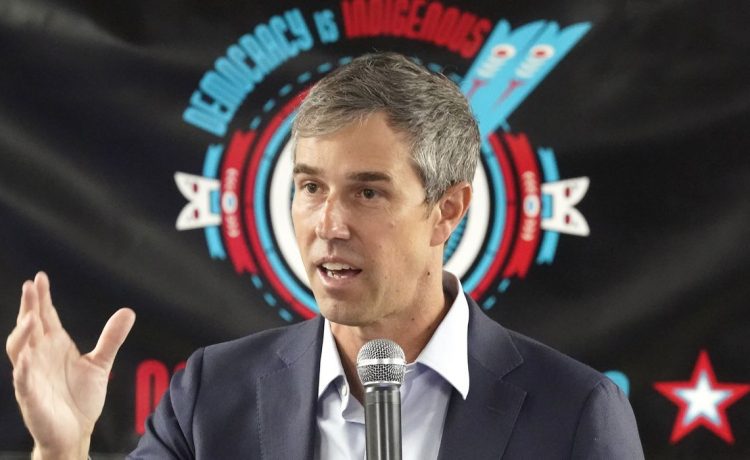 Beto O’Rourke and Stacey Abrams shot into the political stratosphere four years ago when the fresh-faced Democrats electrified the party on their way to better-than-expected showings in statewide races in deep-red Texas and purple Georgia.

But the pair is struggling to build on those near-success stories in a pair of gubernatorial races this year and are running out of time to seize the momentum away from Republican incumbent Govs. Gregg Abbott in and Brian Kemp.

Less than two months out from Election Day, Mr. Kemp and Mr. Abbott are the clear frontrunners, according to political analysts who say the longer Mr. O’Rourke, 50, and Ms. Abrams, 48, have basked in the national limelight, the more polarizing they have become.

“They would like to move up in the party clearly, but they are running in difficult states,” said Jessica Taylor, of the Cook Political Report, a nonpartisan election tracker. “The climate has improved for Democrats, but has it improved so much that candidates who seem even more liberal than they did four years ago can win?”

“They are running in a much different environment,” she said.

Indeed, the 2022 midterms offer voters their first opportunity to send President Biden and the Democrat-controlled Congress a message. The 2018 midterms served as a referendum on then-President Trump.

Back in 2018, Mr. O’Rourke also benefited from running against Sen. Ted Cruz, the conservative firebrand whose political style and refusal to endorse Mr. Trump in 2020 irritated GOP voters.

Mr. Kemp and Mr. Abbott are making the most of the power of incumbency. They are touting the records they have compiled over the last four years as a way to distance themselves from their more untested rivals.

Mr. O’Rourke, a former member of Congress, has focused his message on abortion, gun restrictions, energy and voting rights. He is seeking to tap into voter angst over the Supreme Court ruling, the Uvalde school shooting and the state’s power grid failure in 2021.

But he has been haunted by his attempt to parlay the buzz from his Senate bid into a short-lived 2020 presidential run in which he staked out liberal positions on guns and immigration that got him crosswise with Texans.

“He was running with a bunch of progressives and adopted a strategy he would run to the far-left and eventually ran off the stage,” said Dave Carney, a long-time Abbott strategist. “He is so extreme on every issue that people care about. He is not authentic anymore.”

“I think people are tired of it,” he said. “He is like a pet rock. It was cool when it was a thing, but now it is in the bottom of the drawer.”

The O’Rourke campaign did not respond to a request for comment for this report.

Mr. O’Rourke received a bad sign Tuesday in an Emerson College survey of likely Texas voters that found Mr. Abbott held a 50% to 42% lead in their race. The governor was buoyed by a 25-point lead among white voters and a 4-point lead among Hispanic voters. Mr. O’Rourke’s net favorable rating is underwater with most Texas voters.

The survey showed that 49% of respondents align with Mr. Abbott’s conservative view on abortion, compared to 44% who align themselves with Mr. O’Rourke’s liberal stance.

The Real Clear Politics average of recent polls shows Mr. Abbott with an 8-point lead in the race. Mr. O’Rourke trailed Mr. Cruz by 4.5-points at this point in the 2018 Senate race and then came within 3 percentage points of winning.

Speaking at The Texas Tribune Festival, Mr. O’Rourke said he takes the recent polls with a “grain of salt.”

Ms. Abrams has faced a similar dose of troubling news in polls this month that pegged her running 6 to 11 percentage points behind Mr. Kemp.

Polls released around this time four years ago showed Ms. Abrams and Mr. Kemp locked in a statistical tie and showed voters had a more favorable than unfavorable view of her.

A recent Atlanta Journal-Constitution poll carried other warning signs for Ms. Abrams. Her support among Black voters stuck around 80% — lower than analysts say she needs to win statewide — and Mr. Kemp running neck-and-neck with female voters.

Ms. Abrams, a former minority leader of the Georgia House of Representatives, believed the second time would be the charm against Mr. Kemp after falling 55,000 votes shy in 2018.

A voting rights activist who has focused on turning out minority communities, Ms. Abrams’ influence was felt in the 2020 election. She was credited with helping Mr. Biden become the first Democratic presidential candidate to carry Georgia since 1992 and Raphael Warnock and Jon Ossoff flip Georgia’s seats in the U.S. Senate.

Mr. Trump, in turn, blamed Mr. Kemp for turning a blind eye to alleged voter fraud in the 2020 presidential election and urged former Sen. David Perdue to try to oust him in the GOP primary this year.

Mr. Perdue’s challenge flamed out against Mr. Kemp. Mr. Kemp had notched a series of high-profile legislative victories on everything from guns to abortion and transgender athletes that pleased conservatives and insulated him from Mr. Trump’s attacks.

Mr. Mitchell said that contrasts with Ms. Abram’s liberal stances on cash bail, reallocating public safety funds and keeping the state “locked down during the pandemic.”

“It’s not hard to see why Georgians are ready to reject her extreme agenda for the second time this fall,” he said.

The Abrams campaign did not respond to a request for comment.

Charles S. Bullock III, a political science professor at the University of Georgia, said Ms. Abrams may have entered the 2022 race hoping Mr. Perdue would defeat Mr. Kemp in the GOP primary race, and she could shift the focus of the election back on Mr. Trump.

Mr. Bullock said Ms. Abrams’ strategy is much the same as it was four years ago: expand voter turnout with new voters and unlikely voters.

“There are a million new voters since 2020, and 1.5 million since 2018,” he said. “There is a political constituency she might be able to reach out to and maybe not being tapped by the pollsters.”

Democrats say the races are far from over.

Mr. O’Rourke is slated to have a chance to turn the tide Friday when he faces off against Mr. Abbott in their first — and likely only — debate.

“So though we wish there were more than just one debate — on a Friday night no less — we’re looking forward to watching Beto expose Governor Abbott’s extremism, and the reckless, incompetent failure his tenure as Governor has been,” Texas Democratic Party Chairman Gilberto Hinojosa said in a news release Tuesday. “On Friday night, Texans will see a clear choice – Beto, who is here to fight for every Texan’s prosperity, freedom, and safety; or Greg Abbott, who continues to prioritize extreme policies, political theater, and his friends at the NRA.”