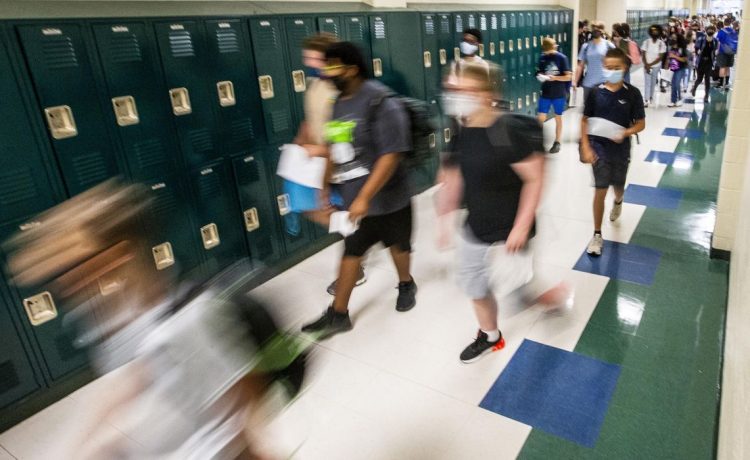 A coalition of parents-rights groups has sued the Education Department over its newly formed family advisory council, calling it a “fake” panel aimed at propping up the administration’s agenda in violation of federal law.

The complaint filed Wednesday by Parents Defending Education, America First Legal, and Fight for Schools and Families seeks to abolish the department’s newly formed National Parents and Families Engagement Council, which was billed as a channel for parental input on the K-12 pandemic recovery.

Unveiled last month by Education Secretary Miguel Cardona, the council quickly came under fire from critics on the right who said it was packed with administration-friendly groups, including many whose leaders have donated to President Biden or other Democrats.

“The creation of this rubber-stamp council shows that the Biden administration is desperately trying to whitewash its flagrant disregard for American parents by pretending to finally listen to families’ concerns,” said Parents Defending Education president Nicole Neily. “Sadly, they’ve merely shown that they really only want to listen to the views of their political allies and not the vast majority of average parents.”

Meanwhile, America First Legal announced Thursday that it had launched an investigation that would include a public-records request for “all records related to the creation of the Council and its activities.”

The lawsuit argued that the department formed the council in violation of the Federal Advisory Committee Act (FACA), which requires such panels to be “fairly balanced” in terms of the members’ viewpoints.

“The Council’s members are allies of the Biden Administration,” said the 27-page complaint filed in U.S. District Court for the District of Columbia.

 BREAKING: AFL, @DefendingEd and @fightforschools filed a lawsuit against the Department of Education and Secretary Miguel Cardona for their unlawful creation of the National Parents and Families Engagement Council.

“Most of the organizations have applauded the Administration’s previous decisions, and nearly 80% of their leaders have donated to President Biden or other Democrats. Defendant Cardona selected members that are agreeable, not balanced,” the lawsuit said.

Other alleged FACA violations include holding meetings without public notice; failing to produce transcripts, minutes and other documents; being created without statutory or presidential authority and neglecting to file a charter that would subject it to congressional oversight.

“The Council will help foster a collaborative environment where we can work together to serve the best interest of students and ensure they have the academic and mental health support they need to recover from the pandemic and thrive in the future,” said Mr. Cardona in a June 14 statement.

He listed 14 organizations as members, at least seven of which have expressed support for Biden administration policies. Eleven are led by executives who have contributed to Mr. Biden, Democratic candidates or Democratic organizations, the lawsuit said.

The members include the National Action Network, founded by progressive firebrand the Rev. Al Sharpton, and the League of United Latin American Citizens, which cheered Mr. Cardona’s appointment and routinely bashed the Trump administration.

Another member, the National Parents Union, is led by Keri Rodrigues, who posted an Oct. 8 tweet blasting “these anti-mask/CRT knuckleheads” and defending the Justice Department’s Oct. 4 directive targeting rowdy parents at school-board meetings.

“If you threaten to kill school board members, you SHOULD hear from the Justice Dept.,” she tweeted.

The Education Department referred a request for comment to the council’s resource page, which says that the panel “helps facilitate strong and effective relationships between schools and parents, families and caregivers, helping their voices play a critical role in how the nation’s children are recovering from the pandemic.”

Ian Prior, executive director of Fight for Schools and Families, called the parents’ council “nothing more than a public relations mirage, behind which are the same cabal of activist groups that created the very problems that parents have been working to fix at the local level.”

“We’re not fooled and neither will the parents that wake up every day ready to fight for their children,” Mr. Prior said.