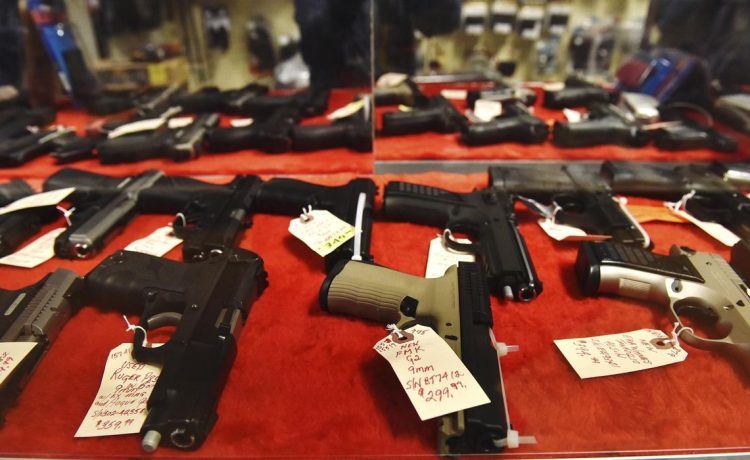 The Justice Department announced new regulations, including higher taxes and longer waiting periods, on braces that transform a pistol into a short-barreled rifle so it can fire faster.

Manufacturers, dealers and gun owners now have 120 days to register tax-free any existing stabilizing braces covered by the rule. The Justice Department also said Friday that they can surrender their stabilizing braces to the Bureau of Alcohol, Tobacco, Firearms and Explosives.

The new rule goes into effect once it is published in the Federal Register next week.

“Today’s action will save lives,” President Biden said in a statement, adding that the rule will make it harder for “individuals intending to inflict carnage to obtain these weapons.”

“This administration continues to find new ways to attack gun owners, and this time their target is brace-equipped firearms that allow persons with disabilities to safely and effectively use pistols,” said Erich Pratt, senior vice president Gun Owners of America.

For decades, short-barreled rifles have been subject to strict regulations, including additional taxes, background checks for private transfers and other provisions. But stabilizing braces, which effectively transform pistols into short-barreled rifles, had not been impacted by those rules.

“Almost a century ago, Congress determined that short-barreled rifles must be subject to stricter legal requirements,” Attorney General Merrick Garland told reporters. “Policy makers understood then what we know is still true today. Short-barreled rifles present a deadly combination: They are easier to conceal than rifles, but they are more powerful and lethal than pistols.”

While Democrats in Congress aggressively pushed for stricter regulations of stabilizing braces, Republicans opposed such measures, saying they infringed on the Second Amendment.

In 2020, Attorney General William P. Barr proposed stronger regulations for stabilizing braces, but quickly withdrew the measure after a swift backlash from Republicans and the National Rifle Association.

Republican lawmakers at the time said Mr. Barr’s proposal was “alarming” and “jeopardizes law-abiding gun owners across the country.”

Mr. Biden revived the idea in 2021 after a mass shooter in Boulder, Colorado, used a pistol converted into a short-barrel rifle to kill five people in a grocery store.