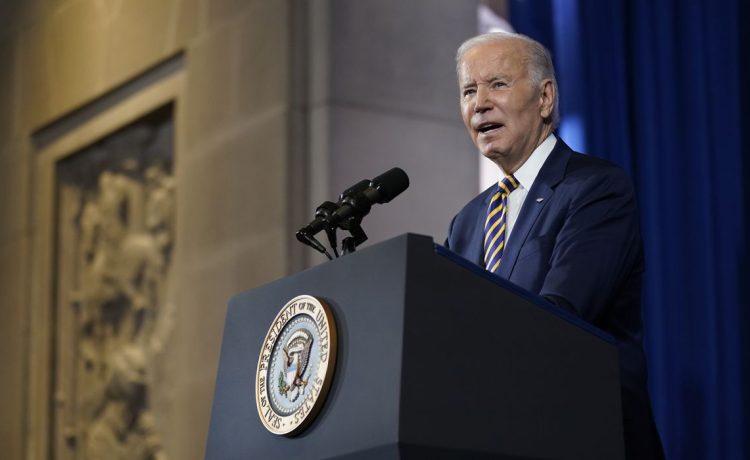 The Biden administration has quietly finalized a rule allowing employers to funnel workers’ 401(K) funds into investments that support “woke” causes such as climate change or diversity issues.

The Labor Department approved the rule last week, just two days before the Thanksgiving break. It will affect roughly 150 million workers and $10 trillion in assets covered under the Employee Retirement Income Security Act of 1974.

That would require money managers to give as much weight to an investment because it supports wind and solar energy or has a diverse board, as their financial returns.

The new rules also remove a restriction that blocked employers from using an ESG fund as a default option for workers automatically enrolled in their 401(k) plans. That means workers could be supporting causes that don’t align with their political views.

“A final rule is necessary to reverse the [Trump-era] rule’s chilling effect on the integration of ESG factors into the investment selection and asset management process,” Lisa M. Gomez, assistant secretary for employee benefits security, told reporters during a conference call to discuss the rule.

Ms. Gomez emphasized that under the new rule, investment managers can consider ESG factors when making an investment decision but are not required to do so.

“While climate change is a critical issue, that’s not what this rule is about,” she said.

Earlier this month, a group of GOP lawmakers sent letters to 51 law firms across the country warning that investments in ESG issues could run afoul of antitrust laws.

The move signals that Republicans will make the battle over “woke capitalism” a key issue when they regain control of the House next month. It makes it clear that Republicans are eager to haul lawyers, chief executives and government officials before Congress and make them explain why America’s investments should be funneled toward ESG causes.

Republicans say the plan violates antitrust laws because asset managers are collaborating to shift investments toward ESG companies, thus making it difficult for oil and gas companies to raise capital. Ultimately, they say, that will lead to less production and increased costs.

“The ESG movement attempts to weaponize corporations to reshape society in ways that Americans would never endorse at the ballot box,” the lawmakers wrote. “Of particular concern is the effort to restrict the supply of coal, oil, and gas, which is driving up energy costs across the globe and empowering America’s adversaries abroad.”

Republicans have also targeted ESG at the state level. Republican-led states have removed more than $1.5 billion in investment funds from BlackRock, the world’s largest asset manager, over concerns that the company is prioritizing investments in climate initiatives while discouraging investment in fossil fuels.

Texas Gov. Greg Abbott, a Republican, signed a bill this year that banned the state from investing in businesses that cut ties with the oil and gas industry.

Socially conscious investing has been a political yo-yo for years. Presidents Clinton and Obama tried to nudge the Labor Department toward ESG considerations, and Presidents George W. Bush and Trump sought to restrict it.

Critics of ESG funds say there is no standard definition, allowing managers to make all kinds of claims, even if a fund doesn’t really support such strategies.

ESG investment has surged in recent years. The total assets under management by ESG funds reached $40 trillion last year, up from $22.9 trillion in 2016, according to data from Opimas LLC, a management consultancy business that advises financial institutions.

Globally, ESG assets are expected to exceed $53 trillion by 2025. That would account for more than one-third of the $140.5 trillion projected assets under management, according to research by Bloomberg Intelligence.

Asset managers charge higher fees for ESG funds, according to Morningstar Inc, a financial services company. Morningstar’s research found that the asset-weighted average expense ratio for “sustainable” funds in 2020 was 0.61%, compared with 0.41% for traditional funds. That difference could reduce an individual’s retirement savings by tens of thousands of dollars over a few decades.

Morningstar referred to the increase as “a greenium,” a pun on the high fees and funds’ climate change initiatives.

No hard data shows that ESG funds outperform traditional investment options, though supporters and detractors have sought to make a case for their sides.

A study by financial services giant Morgan Stanley found that ESG funds outperformed their peers by 4.3% last year. The company attributed the higher performance to a broader acceptance of ESG funds among asset managers.

Researchers at Edhec Business School in France concluded this summer that the ESG market has hit maturity and will soon peter out. They said companies will incur greater costs by trying to improve their environmental and social scores, which will lead to lower profits over the long haul.