Biden administration to phase out incandescent bulbs, move to LEDs 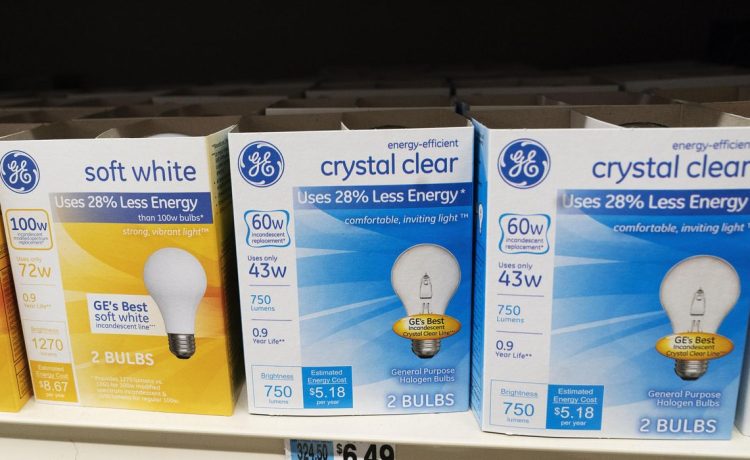 The Biden administration will propose on Monday a new rule that would phase out traditional incandescent light bulbs and replace them with more efficient LEDs.

It is the latest effort by the Biden administration to wean consumers off incandescent light bulbs. Earlier this year, the Energy Department banned the sale of light bulbs that produce 45 lumens per watt and raised energy efficiency standards for general service lamps.

The Biden administration has argued that the new energy efficiency regulations will cut down electricity use and curb greenhouse gas emissions. It estimates that phasing out incandescent light bulbs will cut 131 metric tons of carbon dioxide and 903,000 tons of methane over the next 30 years. That would be equal to the electricity used by 29 million homes per year.

Incandescent bulbs, which are glass orbs with glowing wire centers, have been increasingly replaced by energy-efficient alternatives in recent years. More climate-friendly alternatives include LEDs, which look like traditional light bulbs but use one-fifth of the energy.

Nearly 50% of U.S. homes said they use LEDs for all indoor lighting, according to the 2020 Residential Energy Consumption Survey. That is a substantial increase from the same survey in 2015, in which just 4% of households said they used LEDs for most of their indoor light use.

A move by former President Donald Trump has complicated the Biden administration‘s efforts to phase out old-fashioned light bulbs. In 2019, Mr. Trump rolled back the requirements for energy-efficient bulbs, arguing that the standards were not economically justified.

Industry groups supporting the decision said requiring consumers to use LEDs would cost jobs and hurt consumers’ ability to choose.

The Biden administration has vowed to achieve a net-zero emissions electricity section by 2030 and has pledged to complete 100 energy-efficiency actions by the end of this year.

The new proposal will become effective 60 days after publication in the Federal Register.