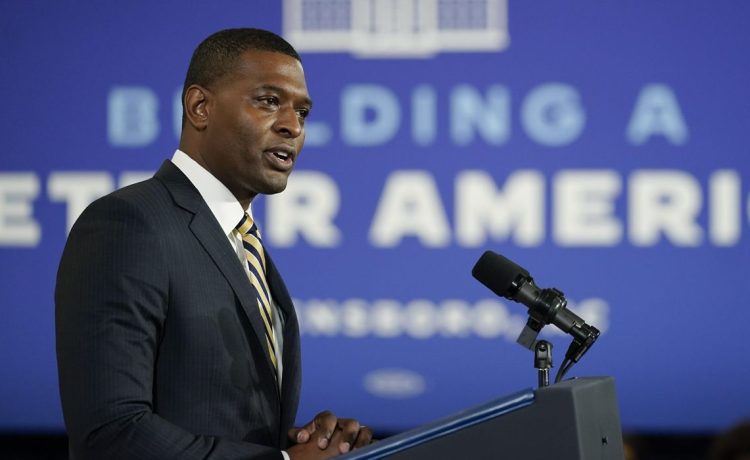 The Biden administration announced Tuesday that $100 million will soon be available for underserved communities to address environmental inequality as part of President Biden’s Inflation Reduction Act.

But at the same time on Capitol Hill, Democrats were being accused of driving up energy costs for communities of color by forcing unwanted climate change policies in the name of environmental justice.

House Republicans, led by Energy and Commerce Committee Chair Cathy McMorris Rodgers of Washington, met with industry leaders and conservative activists to discuss soaring energy costs and how the GOP should tackle them with its control of the House.

Donna Jackson, a director at the Black conservative think tank Project 21, said Democrats have misplaced their focus by trying to tackle climate racism rather than lowering energy costs that disproportionately impact minority communities.

“What’s more important than the environmental impact and the harm that they claim that’s hurting minority communities is the impact of poverty that is hurting our communities,” said Ms. Jackson, who is Black. “Every time a regulation is put in place, it has a disproportionate impact on Black businesses because we have smaller revenues. Every time you increase the cost of energy, it has a disproportionate impact on African American communities because we have to drive farther to get the same jobs.”

She blamed progressive climate policies that focus on transitioning to renewables for driving up household energy bills, which largely are based on fossil fuels like oil and natural gas.

SEE ALSO: Traffic jams grow in many cities as more return to work

The argument underscored the criticism from Republicans that Mr. Biden’s climate change agenda has exacerbated already volatile energy prices, thanks to Russia’s war on Ukraine and global demand continuing to outpace supply.

House Republicans are vowing to act as a check on the Biden administration’s energy and environmental policies now that they control the House.

“We’re addressing one of the priority issues facing our nation right now, and that’s rising energy costs,” said Ms. McMorris Rodgers. “Energy is the tie that binds everything together, it’s critical to our economy and everything we do. It powers everything.”

Ms. Jackson said Project 21 members “take the most abuse from liberals who don’t want you to know that we exist when we’re saying that policies like climate change and high energy costs are destroying our communities.”

“Climate change policies create a permanent government-dependent underclass to be exploited to grow the government. We don’t want that,” she said.

Meanwhile, EPA Administrator Michael Regan told reporters that $100 million, the largest-ever tranche of money for environmental justice, will be made available starting Oct. 1.

The funds will be provided to community-based nonprofits and state, local, tribal and territory governments to use on dozens of environmental justice projects across the country for things such as cleaner drinking water, mitigating climate risks and reducing pollution.

“This administration is committed to prioritizing protections for communities who have long suffered at the hands of indifference, neglect and inaction,” Mr. Regan said. “We won’t stop until all people of this country, regardless of the color of their skin, community they live in, or money in their pockets, have clean air to breathe, clean water to drink and the opportunity to lead a healthy life.”

The $100 million is just the down payment for nearly $3 billion in environmental justice grants that was included in the Inflation Reduction Act, Democrats’ tax-and-climate-spending package passed last year.

The environmental justice aid was akin to the sort of programs that Ms. Jackson described as doing more harm than good.