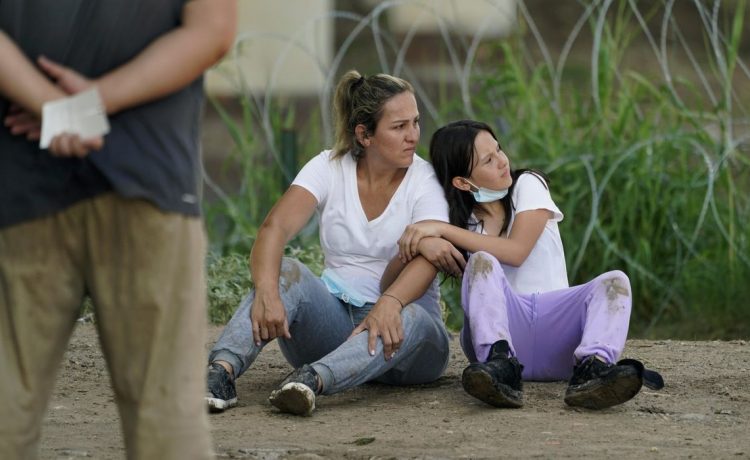 It’s not just Texas that’s busing illegal immigrants deep into the country — Uncle Sam is doing it too, paying nonprofit organizations tens of millions of dollars to help transport and settle migrants into new communities.

The administration is sending the money through the Federal Emergency Management Agency via a program created in the 1980s to deal with homelessness.

In recent years, however, that homeless mission has been overtaken by a new task of trying to help illegal immigrants who’ve been caught and released at the border to take their first step toward settling here.

President Biden this month asked for a new infusion of cash for the Emergency Food and Shelter Program at FEMA, saying the border situation has spiraled too far to be able to handle under current funding.

He also sought an infusion for U.S. Immigration and Customs Enforcement so the deportation agency can help shuttle migrants around the country, and he asked for $1.8 billion in new money for the Health and Human Services Department to house illegal immigrant children and to provide assistance more broadly to other border jumpers.

The requests are part of the administration’s proposal for continuing government funding into fiscal year 2023, which starts Oct. 1. Congress hasn’t made progress on the annual spending bills, and is instead expected to pass a “continuing resolution” that would maintain 2022 funding levels into the new fiscal year.

But there are some urgent needs Mr. Biden says must be taken care of now, and immigration spending is part of that. In a document submitted to Congress, the White House blamed “emerging needs along the southern border.”

Sen. Shelley Moore Capito of West Virginia, the top Republican on the Homeland Security appropriations subcommittee, said the money the White House is requesting doesn’t begin to address the fundamentals of the ongoing border crisis.

“The Biden administration needs to address the crisis at the border more broadly than in any CR anomaly,” she told The Times in a statement. “We have surpassed over 2 million migrants for the fiscal year, yet they continue to avoid the decisions that can help us actually stem this crisis.”

Mr. Biden is now more than a year and a half into the migrant surge, and while the overall monthly numbers have dipped slightly, they’re still running at a near-record pace, with nearly 200,000 unauthorized migrants encountered at the border in July.

The majority were caught and then released.

The Biden administration has complained about those efforts, saying they undermine Homeland Security’s ability to keep track of the released migrants.

Instead, the administration wants to rely on the Emergency Food and Shelter Program (EFSP), the ‘80s-era homeless assistance program that has become a chief vehicle for helping migrants caught and released at the border to get to where they want to go.

EFSP pays for bus, plane or train travel — at coach price. It also pays to help with housing and food.

The program is governed by a board made up of nonprofits such as United Way and Catholic Charities. That board decides how to spend the taxpayer money, which experts said effectively shields decisions about migrant transportation from the public.

“This is taxpayer money,” said Andrew “Art” Arthur, legal fellow at the Center for Immigration Studies. “The American people have a right to know where this money is going.”

He said that could be particularly relevant at a time when leaders in New York City and Washington have blamed Texas for flooding their jurisdictions with illegal immigrants, but also acknowledged some are being sent by the feds, too.

A woman who answered the phones at EFSP said they have been directed to refer all press inquiries back to FEMA. When the Times contacted FEMA, it referred questions to the White House, which didn’t respond to The Times for this story.

EFSP has seen its mission of helping the homeless overtaken by the new focus on border jumpers.

In the current fiscal year 2022, the homeless portion of the program was allocated $130 million, while the migrant portion got $150 million, Mr. Arthur said.

Given the secrecy, it’s impossible to know how many migrants the EFSP has paid to be moved, nor how much has been spent on transportation costs specifically.

As of mid-August, when the total was just 8,000, the state had spent $14 million on the effort, according to local news reports.

The cost is drawing criticism from some who say the state is paying for a job the feds should be doing.

In addition to more EFSP money, he requested permission to shift funding within ICE toward “transportation and removal” operations.

ICE regularly flies migrants to destinations in the U.S., but the pace of those flights has increased dramatically with the border surge and catch-and-release policies.

The increased flights have drawn renewed attention, with reports of “secret” late-night arrivals that local reporters said seemed aimed at keeping under wraps the true extent of the migrant movements.

Mr. Arthur said the government’s willingness to pay for migrants’ transportation is another incentive for people to attempt jumping the border.

“Should American taxpayers be spending money for someone who paid $7,000 to a smuggler to come to the United States?” he said. “They’ve got money. They wouldn’t be here if they didn’t.”