The Great Days > News > Biden boasts victories for Blacks, blasts White supremacy to fire up base before midterms
News

Biden boasts victories for Blacks, blasts White supremacy to fire up base before midterms 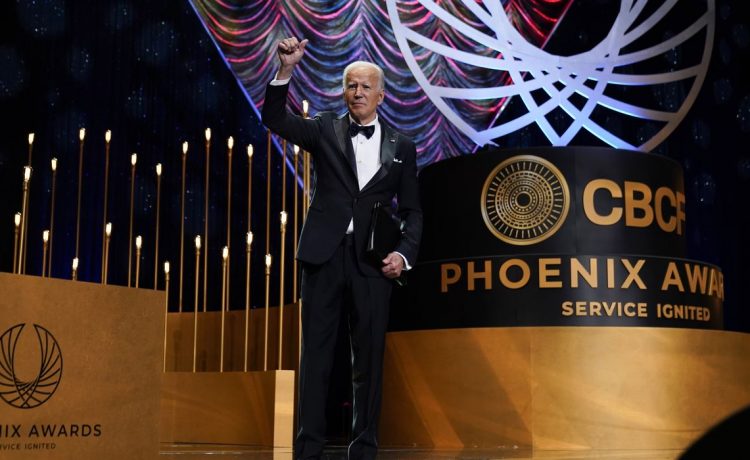 President Biden and Vice President Kamala Harris took the stage at a Congressional Black Caucus dinner in Washington to tout their achievements for Black Americans and vowed to fight White supremacists.

The duo spoke at the CBC Foundation’s 51st annual Phoenix Awards, where they ticked off Biden administration wins for minorities such as Mr. Biden’s historic nomination of Supreme Court Justice Ketanji Brown Jackson, who is the first Black woman on the high court.

“Without the CBC I wouldn’t be standing here tonight,” Mr. Biden told a crowd of roughly 3,000 people at the event Saturday. “I told you all I was going to appoint a Black woman to the Supreme Court, and we did.”

The remarks come as Democrats stress the importance of energizing Black voters to help them hold on to fragile majorities in Congress.

Highlighting the racially motivated mass shooting IN MAY in Buffalo, New York, the president promised the crowd that he would stand tough in the fight against White supremacists.

“Hate will not prevail in America. White supremacy will not have the last word,” Mr. Biden said, adding that he would spend the next two years seeking a ban on assault weapons.

Ms. Harris touted the administration’s investment in historically Black colleges and universities or HBCUs, noting that the first CBC Foundation dinner she attended was when she was a student at Howard University.

The awards dinner honored all members of the CBC, all Democrats and bestowed a special “Democracy Trailblazers Award” to Rep. Bennie Thompson, THE Mississippi Democrat who chairs the Jan. 6 committee.

Mr. Biden wrapped up his remarks by emphasizing that he had made Juneteenth a federal holiday and advocated for overhauls of policing and voting laws, major promises that he and congressional Democrats failed to deliver for Black voters.

The president pledged more advocacy for Black Americans with their help to keep Democrats in power.

“You’ve had my back and I promise I will have yours,” Mr. Biden said.