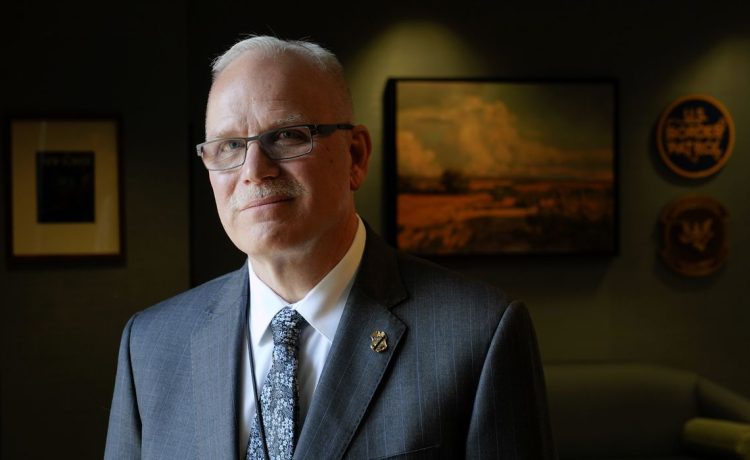 President Biden’s border chief Chris Magnus resigned Saturday, bowing to pressure from his bosses while exposing chaos behind the scene at Homeland Security.

Mr. Magnus, who had served as commissioner of Customs and Border Protection for less than a year, had resisted an effort by Homeland Security Secretary Alejandro Mayorkas this week to get him to quit. But he relented Saturday.

“I am submitting my resignation effective immediately but wish you and your administration the very best going forward. Thank you again for this tremendous opportunity,” Mr. Magnus said to Mr. Biden in a resignation letter released by the White House.

CBP, a part of Homeland Security, oversees the nation’s borders.

Homeland Security didn’t answer an inquiry about the situation on Friday, but Mr. Magnus had told The Los Angeles Times that Mr. Mayorkas said he must resign or face being fired. Mr. Magnus said he wouldn’t resign.

Some news reports said Mr. Magnus had lost access to the commissioner’s social media accounts and his underlings had been ordered to report to the deputy secretary at Homeland Security in an attempt to sideline Mr. Magnus.

He said he believed he was doing the job Mr. Biden asked of him in the direction he was taking CBP.

That direction has been the worst border numbers on record, with more illegal immigrants encountered and more fentanyl and terrorism suspects detected than ever before.

Mr. Magnus, who had been chief of police in Tucson, Arizona, took over at CBP when numbers were already bad. They started deteriorating at the beginning of the Biden administration.

But during 11 months on the job, Mr. Magnus made little headway in bringing the numbers down.

Border Patrol agents and Republicans on Capitol Hill blame Mr. Mayorkas — indeed, if the GOP takes control of the House there will likely be an effort to impeach the secretary.

Mr. Mayorkas, though, seemed to finger Mr. Magnus as the hurdle to better border security.

Mr. Mayorkas is slated to appear on Capitol Hill for testimony next week, and the border situation is likely to come up.

No mention was made of nominating a replacement.

Getting people to head the agencies has been tricky, given the incendiary politics of immigration on Capitol Hill.

ICE has been without a confirmed director for nearly six years, dating back to the end of the Obama administration. Several picks by President Trump and President Biden have failed to win confirmation in the Senate.

CBP had been without a confirmed commissioner for the last two and a half years of the Trump administration, and for most of Mr. Biden’s first year.