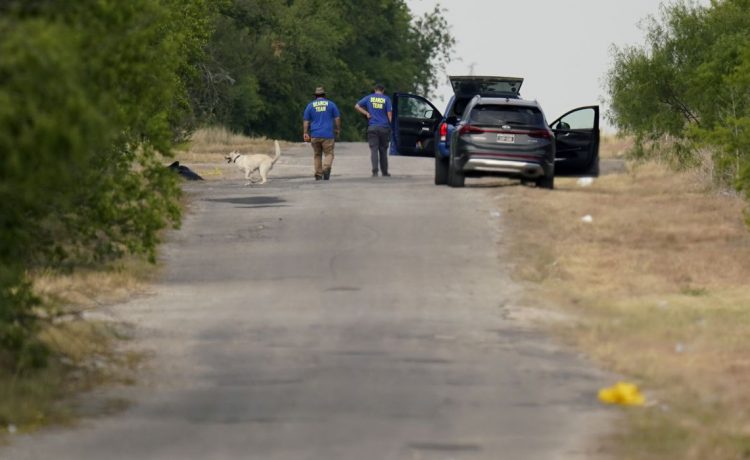 President Biden said Tuesday the deaths of 50 migrants in Texas this week were “horrifying,” but insisted he’s making progress in going after the smugglers who are leading a record number of illegal immigrants to their deaths.

Mr. Biden also complained of “political grandstanding” after some of his fiercest critics, including Texas Gov. Greg Abbott, pinned blame for the deaths on the president’s lax border policies.

“Exploiting vulnerable individuals for profit is shameful, as is political grandstanding around tragedy, and my administration will continue to do everything possible to stop human smugglers and traffickers from taking advantage of people who are seeking to enter the United States between ports of entry,” Mr. Biden said in a statement.

Texas authorities responding to reports of cries for help from the back of a truck Monday night found dozens of migrants already dead, and 16 more who were rushed to a hospital. As of midday Tuesday, the death toll had reached 50, with about a dozen still hospitalized.

The incident is one of the worst mass-casualty events on record at the border, but is part of a growing death toll as migrants rush to the U.S.

They are enticed by the prospect of quick release, even if they are caught. The vast majority of illegal immigrants at the border each month are successfully gaining a foothold under the Biden administration.

The deaths are a simple matter of math, according to analysts: More people coming means more of them succumbing to heat, drowning or other dangers of the journey.

“These deaths are on Biden,” Mr. Abbott, a Republican, said on Twitter. “They are a result of his deadly open border policies. They show the deadly consequences of his refusal to enforce the law.”

Mr. Biden, though, said the blame lies with the smugglers who facilitate the journey — and earn billions of dollars, cumulatively, for their efforts.

“This incident underscores the need to go after the multi-billion dollar criminal smuggling industry preying on migrants and leading to far too many innocent deaths,” the president said.

He pointed to an anti-smuggling campaign that his administration has launched to try to break up smuggling rings and deny them financing. The campaign is coordinating with other governments to try to reach the cartels in their home countries, too.

Mr. Biden said 2,400 arrests have been made over the first three months of the campaign.