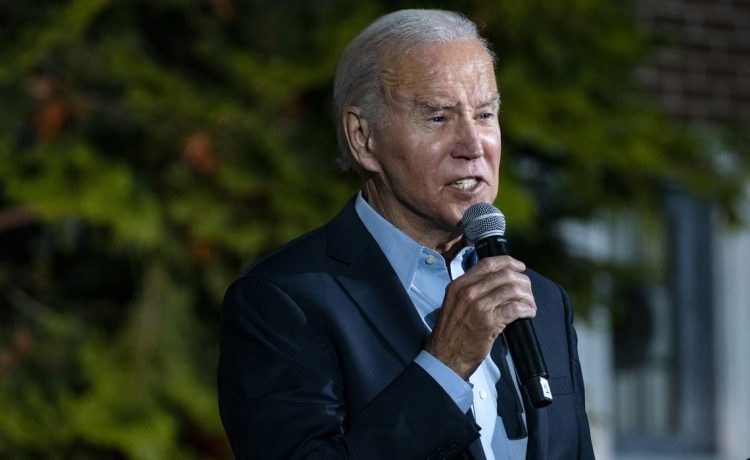 President Biden stepped up his pitch to Black voters on the final day of campaigning before Tuesday’s midterm elections, trying to sway a key portion of the electorate.

Mr. Biden on Monday will tape an interview with nationally syndicated radio host and comedian Willie Moore Jr. to discuss his administration’s commitment to the Black community.

On Sunday, Mr. Biden taped an interview with the Rev. Al Sharpton that will air Monday afternoon.

In the 2020 presidential election, Mr. Biden carried Black support with a whopping 92% of the vote. Black voters were key to Mr. Biden becoming the first Democratic presidential nominee to win Georgia since 1992.

However, recent polling suggests that Democrats might not be able to count on support from Black voters the way they did in 2020.

A Wall Street Journal poll in late October found that 17% of Black voters said they would choose a Republican candidate for Congress rather than a Democrat, more than double the 8% who backed former President Donald Trump in the 2020 presidential election. In the 2018 midterm election, GOP candidates also scored about 8% of the Black vote, according to data from AP VoteCast.

A record 28 Black candidates are running on the Republican side this year, according to the National Republican Congressional Committee.

While that has likely helped the GOP pick off a few Black voters, some say they’ve soured on the Democratic Party because of economic woes. A recent survey from TheGrio TV network and website and KFF (the Kaiser Family Foundation) found that 73% of Black voters pointed to economic concerns as the biggest issue in this year’s election. That includes 32% of respondents who said inflation was among their top issues.