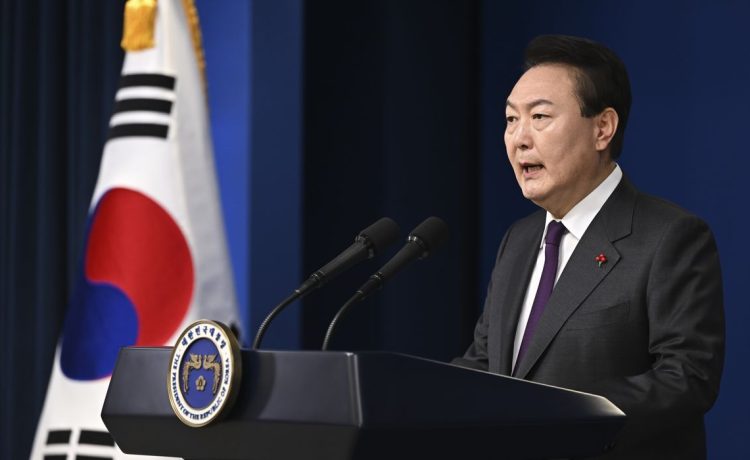 President Biden contradicted a claim by South Korean President Yoon Suk-yeol that the two countries are in talks for joint nuclear exercises, saying there are no discussions about the idea.

Mr. Yoon told a South Korean newspaper on Monday that joint military exercises involving nuclear weapons are under consideration and that the U.S. is “quite positive” about the idea.

The South Korean leader said the exercises would focus on the U.S.’ ability to deter attacks on its allies.

Hours later, Mr. Biden contradicted Mr. Yoon’s claim when asked about them as he returned to Washington from a holiday vacation in St. Croix.

The White House did not immediately respond to a request for comment. It’s unclear if Mr. Biden was aware of any talks among U.S. and South Korean officials.

Despite Mr. Biden’s denial, Seoul continued to insist that both countries are in talks about joint nuclear exercises.

Kim Eun-hye, Mr. Yoon’s senior secretary for press affairs, said Mr. Biden had to deny such a direct question due to the sensitive nature of the topic.

“In order to respond to the North Korean nuclear weapons, the two countries are discussing ways to share information on the operation of U.S.-owned nuclear assets, and joint planning and execution of them accordingly,” Ms. Kim said in a statement.

It’s not the first time Mr. Yoon has clashed with his U.S. counterpart.

In September, Mr. Yoon was caught on a microphone at the United Nations in New York saying it would be “so humiliating” if Congress rejected his $6 billion promise to global health projects.