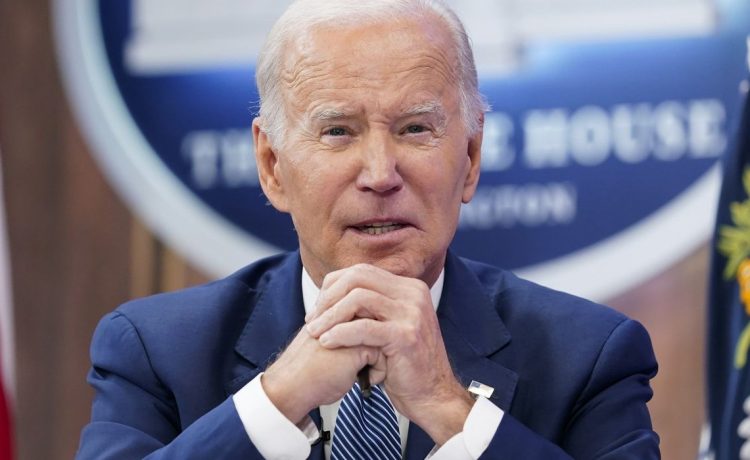 President Biden has ordered a re-evaluation of the longstanding U.S. relationship with Saudi Arabia as Democrats fume over the OPEC oil cartel’s decision to cut production despite looming midterm elections in the U.S. and strains on global energy markets from Russia’s ongoing invasion of Ukraine, the White House said on Tuesday.

The White House and private market analysts say the Saudi-led cuts — equal to 2 million barrels per day — bolster Moscow as Russian President Vladimir Putin desperately seeks the revenues to finance his war in Ukraine. The effect of the production cut by the so-called “OPEC-Plus” group will mean better prices for Russian gas exports and new upward pressure on the politically sensitive price Americans pay for a gallon of gas at the pump.

National Security Council spokesman John Kirby said the president questions whether the U.S.’ longstanding relationship with the oil-rich kingdom is “where it needs to be” and whether it is “serving our national security interests.”

“He does believe that this is a good time to reevaluate and see what that relationship ought to look like going forward,” Mr. Kirby told reporters. “It was an OPEC-Plus cartel decision, but clearly Saudi Arabia is the leader of that cartel.”

The White House comments came a day after Senate Foreign Relations Committee Chairman Robert Menendez sharply criticized  Saudi Arabia for the production cut and pledged to block “any cooperation with Riyadh until the kingdom reassesses its position” saying the production cut was a gift to Mr. Putin.

“There simply is no room to play both sides of this conflict — either you support the rest of the free world in trying to stop a war criminal from violently wiping off an entire country off of the map, or you support him,” the powerful New Jersey Democrat said. “The Kingdom of Saudi Arabia chose the latter in a terrible decision driven by economic self-interest.”

“The United States must immediately freeze all aspects of our cooperation with Saudi Arabia, including any arms sales and security cooperation beyond what is absolutely necessary to defend U.S. personnel and interests,” he added.

As the White House was announcing the review Tuesday, Democratic Sen. Richard Blumenthal of Connecticut and Rep. Ro Khanna of California on Tuesday introduced a bill that would immediately pause all U.S. arms sales to Saudi Arabia for one year. This pause would also halt sales of spare and repair parts, support services and logistical support, the Associated Press reported.

U.S. relations with Riyadh have long been a mix of cooperation and tension, based on the U.S. role as the Middle East’s strongest military power and the kingdom’s position as the world’s leading oil producer and market-setter. Relations were strained further with the 2018 killing of U.S.-based Saudi dissident journalist Jamal Khashoggi carried out by a Saudi government hit team in Turkey.

Mr. Kirby said on Tuesday that the president did not consult with Mr. Menendez or any lawmakers before calling for a review of the relationship, but said he remains “willing to discuss” the review with members of Congress.

“He knows that many members have expressed concerns on both sides of the aisle about where we stand now with the OPEC cartel and Saudi Arabia,” Mr. Kirby said. “He’s willing to have that discussion.”

Mr. Biden faced a strong backlash for his July visit to Saudi Arabia for fist-bumping Crown Prince Mohammad bin Salman, who U.S. intelligence concluded had directed the Khashoggi operation, particularly after Mr. Biden had promised to make the kingdom a “pariah” when he was running for office in 2020.

But the president was willing to withstand the criticism to increase the supply of oil, pushing Saudi Arabia to increase its output by about 750,000 barrels per day as the Ukraine war and sanctions on Russia roiled the markets.

At the time of the visit, the average price of gas in the United States was $4.52 per gallon, according to AAA. Prices at the pump have fallen steadily over recent months after hitting a record-high average of $5.01 per gallon in June.

But OPEC’s announcement stands to chip away at Mr. Biden’s goodwill among voters. Democrats are now bracing for more pain at the pump as voters head to the polls for the November midterms.

The president defended the trip last week following OPEC’s announcement, telling reporters that the visit “was not essentially about oil.”

White House press secretary Karine Jean-Pierre said Tuesday that the president has yet to appoint an official to lead what she said would be a thorough review, offering few details on what policies might change.

Lawmakers from both parties have raised concerns about the relationship well before the latest dust-up. In June, a bipartisan group of House lawmakers offered a resolution that would end U.S. logistical support to the Saudi-led coalition that has intervened in Yemen’s civil war to battle the Iran-backed Houthis. A similar measure has been introduced in the Senate.