Biden enters the 2024 cycle with firm progress on COVID-19, though hurdles loom 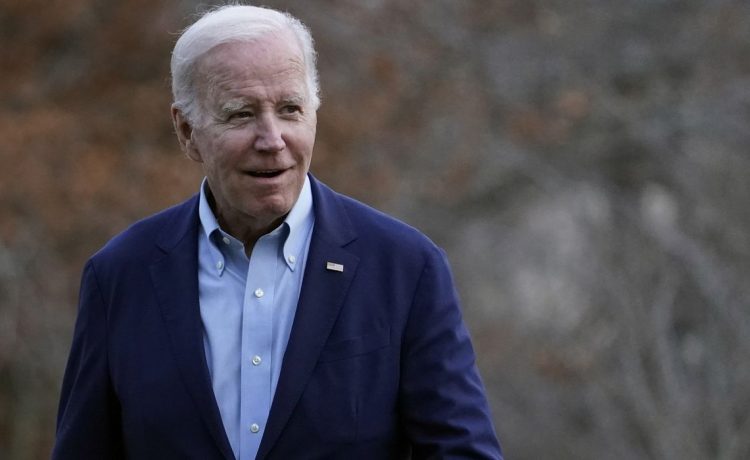 A confluence of respiratory illnesses prompted the return of school mask mandates Tuesday, and the GOP will use its new House majority to scrutinize the coronavirus response, muddling the outlook for Mr. Biden after he navigated a rocky path to normalcy and declared the pandemic “over.”

Unlike the past two years, many Americans shopped for Christmas without masks and gathered without bothering to test themselves.

Some Americans feel COVID-19 has merged with the flu and other upper respiratory infections like the flu, so they’re ready to move on, according to Ross Baker, a politics professor at Rutgers University.

He said unless there are hordes of patients in emergency rooms and on respirators, most people will “take a Tylenol” and get on with it.

“Any return to a collective sense of normality is a plus for Biden,” he said.

But the president isn’t out of the woods.

As Mr. Biden decides whether to run again in 2024, the flu and a virus known as RSV are taxing hospitals and posing another challenge for the Centers for Disease Control and Prevention, which pleaded for people to get their flu shots only to see lackluster interest.

Hospitals have been seeing about 20,000 flu patients per week heading into the depths of winter and the worst flu season in recent memory.

The Philadelphia school district is requiring masks after the Christmas break, from Tuesday to Jan. 13, in an attempt to reduce the spread of the coronavirus and maintain in-person learning.

Across the Delaware River, the school district in Camden, New Jersey, is requiring masks from Tuesday to Jan. 17 with the hope of boxing out COVID-19, the flu and RSV.

Paterson Public Schools in northern New Jersey said masks will be required as of Tuesday.

“I know this is a relief to some, and a frustration to others. No matter what your position may be, I ask for your cooperation,” Superintendent Eileen Shafer said in a letter to parents.

The mandates may not spark a nationwide trend but they serve as a reminder that COVID-19 and associated rules have survived into the latter half of Mr. Biden’s term after he pledged to beat the virus in the 2020 campaign.

CDC Director Rochelle Walensky recently said it would be wise to wear masks voluntarily to reduce the spread of respiratory viruses.

Similarly, schools in Boston are pushing masks but not requiring them. The district said it would like students and staff to mask up from the restart of post-Christmas instruction to Jan. 13.

“This is our ask and expectation of students and staff, not a mandate — which will be in effect during the school day on school premises and school buses. BPS will provide disposable face masks to students or staff who need them. No one will be disciplined or sent home if they refuse to wear a mask,” Superintendent Mary Skipper wrote in a Dec. 30 letter.

On the political front, Republicans who are retaking control of the House plan to keep the virus front and center as Mr. Biden determines whether to run again.

GOP leaders say Mr. Biden hasn’t been aggressive enough in exploring the possibility the virus leaked from a lab in Wuhan, China where the pandemic began, or that U.S.-funded grantees were involved in dangerous research at the lab.

Other areas of inquiry are targeted at Democrats, including the level of coordination between Biden health officials and teachers’ unions in writing school-closure guidance, and Democratic governors’ approach to controlling COVID-19 at nursing homes in 2020, according to House Minority Whip Steve Scalise.

“The Biden administration’s reckless actions denied a proper education to millions of our nation’s young people, placed Americans at risk for future pandemics, and denied grieving families the justice they deserve,” Mr. Scalise, Louisiana Republican, said in teeing up the year ahead. “The American people deserve real accountability and oversight, not political coverups. When Republicans have the majority … we will hold the Biden administration and other government officials accountable for their devastating actions, and advance bills to protect hard-working families from future government abuse and mismanagement.”

One potential 2024 rival for Mr. Biden, Florida Gov. Ron DeSantis, staked out an aggressive stance against virus mandates and recently called for a grand jury to investigate drugmakers’ claims about the efficacy of the messenger-RNA vaccines.

The effort could be interpreted as a swipe at Mr. Biden, who is pressing Americans to get more shots. But the immediate political target may be President Donald Trump, a potential primary challenger who’s taken credit for developing the vaccines at “warp speed” in 2020.

There is a potential downside for Republicans if they spend too much time on COVID-19 — especially since they ran on corralling inflation and securing the southern border.

“Most Americans are seeing COVID in the rearview mirror and don’t have an appetite for the blame and shame hearings the GOP is planning,” said Lawrence O. Gostin, a global health law professor at Georgetown University. “It will backfire on the Republican Party if they push too hard. Learning lessons is one thing that is important, but a witch hunt is beyond what the public wants to see.”

A new Suffolk University poll asked Americans to name their top concern on a list of 11 items, including “the pandemic.”

It’s a turnabout from a couple of years ago when the virus was the number one concern.

Whether the virus remains a political liability for Mr. Biden might depend on whether people are still sore over his first year in office. New variants in 2021 poked holes in the belief that people who are vaccinated would not get or spread the virus — even as Mr. Biden pushed for vaccine mandates on large companies and said people should get vaccinated to help their neighbors.

“He saved a lot of American lives,” Dr. Hotez said.

Yet he criticized Mr. Biden on two fronts. The doctor said Mr. Biden could have promoted low-cost vaccines — including one made by his Baylor team — by transferring the technology to makers in places like India, instead of paying for more costly mRNA shots and donating them too late to halt the delta and omicron variants. The White House also failed to seriously address “anti-science defiance” that sprang up around the vaccines, he said.

For now, the White House is trying to strike a balance on COVID-19.

Mr. Biden said the pandemic phase is “over” in a 60 Minutes interview last year, but he is maintaining public emergency rules. Those rules allowed states to keep more people in Medicaid coverage, though a recent funding deal allowed states to begin kicking people off the rolls in the spring.

The White House also wants Americans to get on with their lives while availing themselves of virus-fighting tools.

They want more people to get bivalent booster shots that attack both the original strain of the virus and the omicron variants that are circulating now. The administration also says it has enough Paxlovid, an antiviral treatment that can stave off hospitalization, for the foreseeable future.

“We have the tools, we have the infrastructure, and we have the know-how to manage this moment,” White House COVID-19 Coordinator Ashish Jha said ahead of the Christmas break.

Whether the virus becomes a drag on Mr. Biden’s 2024 bid could also depend on China, the country where it all began.

Beijing recently relaxed its zero-COVID policies in a major U-turn that could spark a flood of cases. The contrast might be beneficial to Mr. Biden in terms of optics, as he tries to turn the page, though the turmoil may deliver new shocks to the global economy when it can ill afford it.

“The U.S. will surely have a far higher per capita death rate than China, but Biden can take credit for a soft landing on COVID. Our country is back to near normal, while China still has months of hardship ahead,” Mr. Gostin said. “But China’s troubles will spill over to hit the U.S. and the world, especially given the major hit it will take on economic productivity, trade, and health. If China sneezes, the rest of the world catches a cold.”