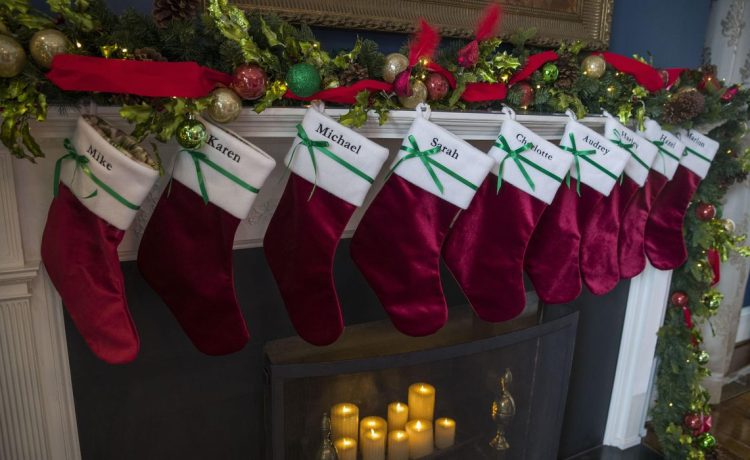 The Biden family put out the Christmas stockings for nine of the president’s grandchildren — but not the tenth.

According to a report Monday in the Daily Caller, based on photos posted by first lady Jill Biden, presidential son Hunter Biden’s out-of-wedlock daughter was nowhere to be found.

“The nine stockings hanging above the fireplace included those for Hunter Biden and ex-wife Kathleen Buhle’s children, Naomi, Finnegan and Maisy; and the children of the late Beau Biden and his widow Hallie, Natalie and Hunter. One stocking was labeled “baby,” an apparent reference to Hunter Biden’s 2-year-old son Beau, whom he fathered with Melissa Cohen,” the Daily Caller wrote.

A stocking for Navy Joan Roberts, whom Hunter Biden fathered with Lunden Roberts, was not around, for the second straight year.

Lunden Roberts’ lawyer said in March that the 4-year-old girl has never seen her father, who also disputed that she was his until DNA testing proved otherwise.

The Daily Caller also noticed stockings for Peter Neal, who married Naomi Biden on Nov. 19, as well as the White House’s dog and cat.