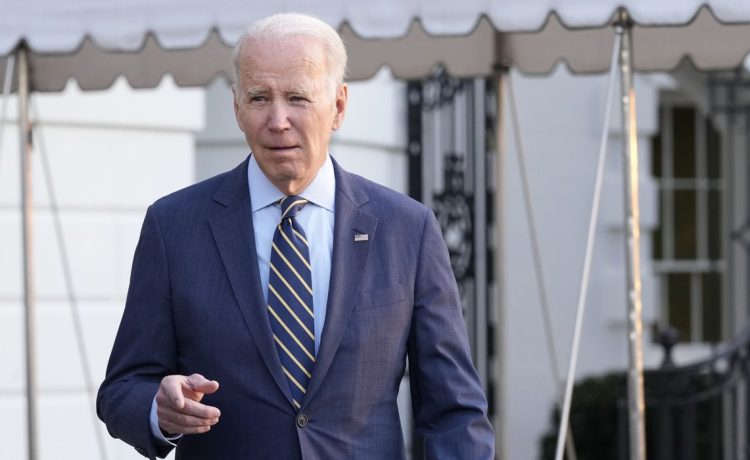 It didn’t take long for President Biden and the new House GOP majority to get off on the wrong foot.

Just hours into the first day of legislative business, the White House issued Mr. Biden’s first veto threat of a House bill — a measure to derail IRS plans to hire tens of thousands of new agents, auditors and officers.

It wasn’t just the threat. The White House went further, delivering a broadside that seemed more appropriate for a rabble-rousing lawmaker’s press release than an official statement of administration policy, or SAP, from the White House Office of Management and Budget.

It called the bill “reckless” and accused Republicans of kowtowing to “the rich and multibillion dollar corporations.”

The Democrats “sound like hysterical fools who don’t understand government and how it might actually work,” said Michael McKenna, who served as a senior legislative affairs official in the Trump White House. “They obviously have no sense of a world in which they may want to talk to House Republican leadership. They are so unaccustomed to dealing with a competing party that has power.”

Any transition of power is going to be rough, but this one is particularly tricky for Mr. Biden, who had enough trouble wrangling his own party on Capitol Hill the past two years while struggling to prod action on big things such as climate change, gun control, immigration and voting rights.

Now, with Republicans in control of the House, Mr. Biden is no longer driving the agenda.

Merely keeping the government open and the Treasury Department’s debts paid will be tricky, and there’s no hope of big action on legalizing illegal immigrants or changing voting laws at the national level.

Through two years in office, Mr. Biden has yet to issue a veto. Indeed, he rarely had to threaten one. The rare times he did, it was to shoot down Republican senators’ attempts to undermine administration decisions, such as his coronavirus masking or vaccine mandates.

He never issued one against the House — until he unloaded this week on the GOP’s bill to claw back tens of billions of dollars Democrats allocated to the Internal Revenue Service in last year’s climate-spending bill.

“With their first economic legislation of the new Congress, House Republicans are making clear that their top economic priority is to allow the rich and multibillion dollar corporations to skip out on their taxes, while making life harder for ordinary, middle-class families that pay the taxes they owe,” the White House budget office said. “That’s their agenda, not lowering costs or cutting taxes for hard-working Americans — as President Biden has consistently advocated.”

OMB vowed Mr. Biden would veto this measure “or any other bill that enables the wealthiest Americans and largest corporations to cheat on their taxes, while honest and hard-working Americans are left to pay the tab.”

Kevin Kosar, a congressional expert at the American Enterprise Institute, said there may be a reason the White House came out blazing.

For one, the administration saw a chance to tag Republicans as doing the work of wealthy tax cheats who won’t have to fear audits if the IRS doesn’t get more people.

And the White House may have been trying to signal to Republicans not to try to make the IRS staffing a sticking point on other big legislation coming in this Congress.

“In this specific instance this is not the administration sticking its thumb in [Speaker] Kevin McCarthy’s eye,” Mr. Kosar said. “Instead, it’s a direct rebuff of the faction within the GOP that pressed for this. I don’t know how Kevin McCarthy feels deep in his heart about this policy proposal, but arguably this gives him something to push back against those within his party who want to do something like this.”

The White House didn’t respond to a request for comment for this story.

An aide to Mr. McCarthy brushed aside the threat and urged the Senate to test Mr. Biden.

“No amount of spin from the White House will change the fact Democrats’ plan to double the IRS was going to hurt working families the most. Government should work for you —  not against you,” the aide said. “Senate Democrats should promptly bring this bill up for a vote and send it to President Biden’s desk.”

The IRS bill, which cleared the House on a party-line vote Monday night, was the first in a series of measures House Republicans plan to pass over the first several weeks of the new Congress to establish their own priorities and challenge the Biden administration.

Also on tap are measures to constrain the Biden administration’s sale of oil from the strategic reserve, to limit taxpayer funding for abortions and guarantee protection for babies who survive botched abortions, and to enshrine authority for Homeland Security to repel illegal border crossers.

Mr. Kosar said the real test of White House-House relations will come once that spate of messaging bills is through the pipeline and lawmakers turn to other things such as oversight investigations and the budget and spending process.

“The temperature’s probably going to go down a bit,” he said.

Mr. McKenna said the danger for the White House isn’t the potential passage of the IRS bill, but rather a poisoning of relationships that Mr. Biden may need at some point to try to shape oversight or work on other bills where there might be more common ground.

“I don’t know how they go into House leadership offices after writing something like that,” said Mr. McKenna, who pens a column for The Washington Times.

He said the harsh veto threat may also have written a check Mr. Biden can’t cash.

Mr. McKenna predicted even some Senate Democrats will be interested in trimming back the IRS to prevent hiring as many as 87,000 employees. That could be included in future must-pass legislation such as a debt limit increase or the annual spending bills.