The Great Days > News > Biden hails military families, tells kids to ‘be brave’ when parents are deployed at Christmas
News

Biden hails military families, tells kids to ‘be brave’ when parents are deployed at Christmas 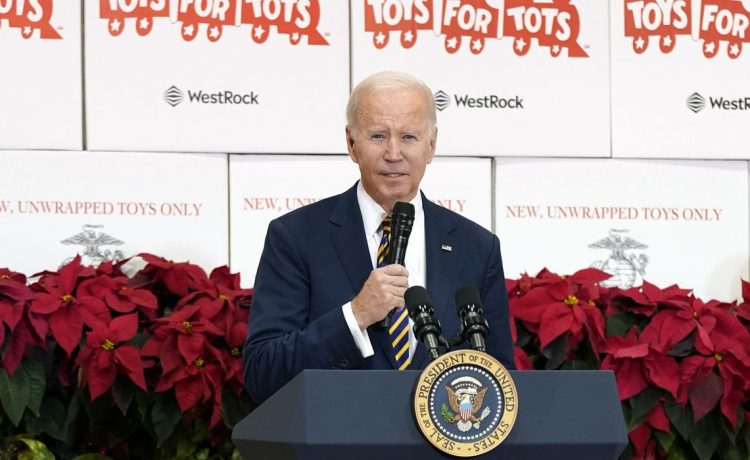 President Biden and first lady Jill Biden on Monday helped the U.S. Marine Corps Reserve pack up toys for distribution to needy families before Christmas, praising the giving spirit of America’s youngest generation and the military families who they said represent the “very spine of our nation.”

Toys for Tots was celebrating its 75th anniversary with the first couple at Joint Base Myer-Henderson Hall.

Mr. Biden said it can be “extra tough” for military families around the holidays, recalling the empty seat at the dinner table when his late son, Beau, deployed to Iraq.

Beau Biden died of cancer in 2015, though the president recounted what it was like for his grandkids not to have their father around on Christmas because of military obligations.

“You have to be brave,” Mr. Biden said at the event in Arlington, Virginia. “Even when your mommies and daddies are far away, they are so proud of you, and I’m so proud of you as your president.”

“Keep on being brave, keep on being involved, keep on helping other people. Now let’s get sorting these gifts,” Mr. Biden added before a Marine band started playing “We Wish You A Merry Christmas.”

The White House billed the Monday event as part of the first lady’s Joining Forces Initiative, which supports military and veteran families, their caregivers and survivors.

The first lady told kids who gathered on Monday how much she likes the book, “How The Grinch Stole Christmas!” and invited a child to read a few pages from the book.

She also asked them to guess how many Christmas trees were at the White House this year. The correct answer is 77.