The Great Days > News > Biden heading for Virgin Islands while much of U.S. reels from winter superstorm
News

Biden heading for Virgin Islands while much of U.S. reels from winter superstorm 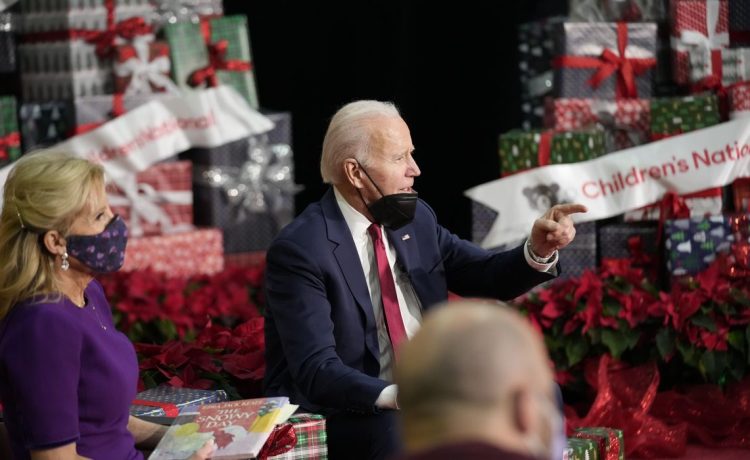 President Biden’s heart is with Americans suffering from deadly winter storms, but the rest of him is headed for a vacation in the balmy U.S. Virgin Islands.

The president and his family were scheduled to depart Washington Tuesday night on Air Force One to spend the holiday week in St. Croix. They will return from their taxpayer-funded vacation on Jan. 2.

Their Caribbean getaway comes as at least 50 people have been killed by storms that swept across the U.S. in the past week, including more than two dozen deaths in upstate New York. Buffalo reported 27 dead as of Tuesday morning.

Mr. Biden tweeted on Monday that his “heart is with those who lost loved ones this holiday weekend. You are in my and Jill’s prayers.”
The president approved federal emergency disaster relief for affected regions of New York state Monday.

The Bidens often ring in the New Year in the Virgin Islands, having vacationed there several times when Mr. Biden was vice president. They spent Thanksgiving on the Massachusetts island of Nantucket, another family tradition.

A Republican National Committee official said Mr. Biden “has spent 40% of his presidency on vacation,” a reference to the president’s frequent weekend trips to his two homes in Delaware, including one in Rehoboth Beach.