Biden: I will codify Roe v. Wade as the first act if Democrats deliver bigger majorities 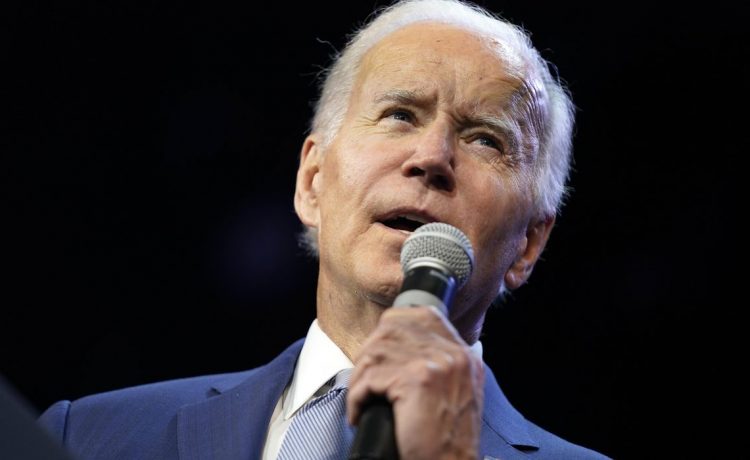 President Biden on Monday said the Supreme Court “practically dared” women to show up in large numbers in the midterm contests when it overturned the broad right to abortion and he declared the November contests the most consequential election in recent history.

Speaking to Democrats gathered a few blocks from the White House, Mr. Biden warned that Republicans will consider a national ban on abortion even though the court ruling left the issue up to the states.

He said if voters keep Democrats in power and expand their majorities, the first bill he will send to Congress would restore the sweeping right to abortion enshrined in the 1973 Roe v. Wade decision.

Mr. Biden bemoaned abortion restrictions that popped up in 16 states in the four months since the ruling in Dobbs vs. Jackson Women’s Health Organization. He said victims of rape and incest must cross state lines in some instances for an abortion, and health professionals are put in an impossible position.

“There’s so much confusion and uncertainty that doctors and nurses fear they could face criminal charges just for doing their jobs,” he said.

The GOP is poised to retake the House majority they lost in the 2018 midterms. They only need to net five seats to win back the chamber while the evenly divided Senate remains a toss-up heading into the final sprint toward Election Day.

Republicans, citing raging inflation and predictions of a looming recession, are battering President Biden and his party as out of touch with Americans struggling to afford food and gas. They also say Democrats exacerbated the problem with big spending that put extra money in Americans’ pockets even as supply chains struggled to meet demand.

Democrats, meanwhile, have seized on anger around the abortion ruling as a way to spur voters to the polls and preserve Capitol Hill majorities.

Recent polling shows that might not be enough, as the economy and inflation worries eclipse other issues.

Mr. Biden made a direct appeal to young people who help him defeat President Donald Trump in 2020, saying they are a promising generation who need to make politicians listen.

“Your generation will not be ignored,” he said.

Mr. Biden said beyond abortion, he would push for a ban on military-style “assault weapons” and took a victory lap over his decision to cancel student debt and pardon federal marijuana offenses.

Mr. Biden was able to get some bipartisan efforts across the finish line during his first two years, including an infrastructure package and efforts to improve gun safety and mental health.

A divided government would mean those efforts would likely take a backseat to GOP scrutiny of the Biden administration.

House Republicans are gearing up to launch investigations into the administration and some members have vowed to issue articles of impeachment against the president over immigration or other issues.

The Republican National Committee on Tuesday said it is eyeing big wins in November because Mr. Biden isn’t breaking through.

“Biden is deeply out of touch with the concerns of families. First, Americans do not want Biden and Democrats’ extreme, taxpayer-funded abortion-on-demand agenda,” RNC Chairwoman Ronna McDaniel said. “Second, Democrats can’t distract from the Biden pay cut, the higher prices, and the tax increases they have inflicted on voters. Republicans will win in November because we are focused on the issues voters care about most.”