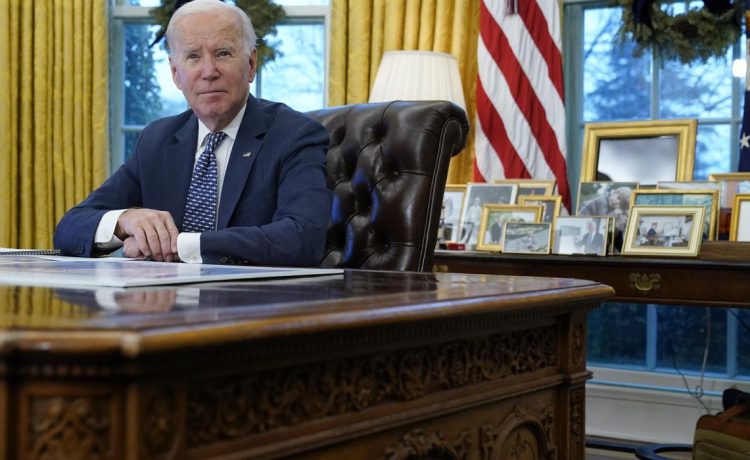 President Biden on Friday praised Congress’ passage of its $1.7 trillion spending bill to avert a partial government shutdown and fund federal agencies through September as a shining example of bipartisanship on Capitol Hill.

The House passed the sprawling package mostly along party lines, 225-201, as lawmakers scrambled to tie up loose ends before leaving Washington for the holiday recess. The Senate approved the measure 68-29 on Thursday.

“This bill is further proof that Republicans and Democrats can come together to deliver for the American people, and I’m looking forward to continued bipartisan progress in the year ahead,” Mr. Biden said.

The more than 4,000-page bill contains 12 appropriations bills for federal agencies and provides roughly $45 billion in aid to Ukraine amid the 10-month-old Russian invasion.

The package increases spending for domestic initiatives by about 6%, totaling $772.5 billion. Defense spending will increase by about 10% to $858 billion.

Mr. Biden pledged to sign the bill as soon as it reaches his desk.

“This bill is good for our economy our competitiveness, and our communities,” Mr. Biden said.