The Great Days > News > Biden looks for dead congresswoman in crowd at a White House event: ‘Are you here?’
News

Biden looks for dead congresswoman in crowd at a White House event: ‘Are you here?’ 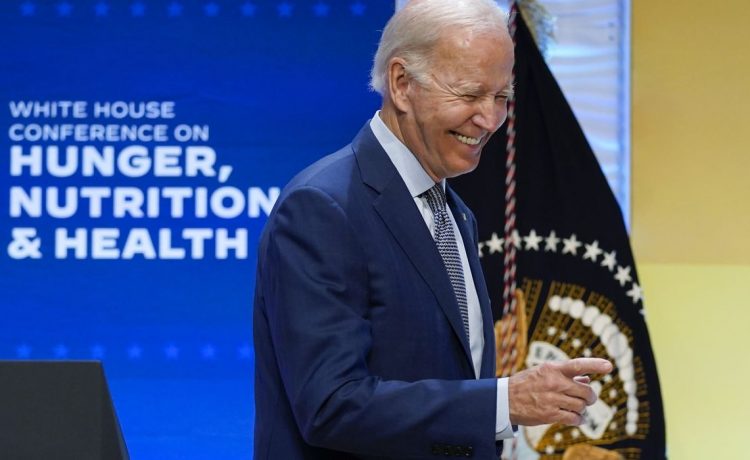 President Biden on Wednesday asked a crowd if Rep. Jackie Walorski, who died in a car accident last month, was in attendance at a White House event.

Mr. Biden was speaking at the White House Conference on Hunger, Nutrition and Health when he started to single out bipartisan lawmakers that helped make the event happen.

As he was ticking off names, Mr. Biden then wondered if Walorski was in the audience.

Shortly after Mr. Biden’s remarks, White House domestic policy adviser Susan Rice acknowledged during a panel discussion that Walorski, who was an Indiana Republican, had died.

Walorski, 58, was killed in an Aug. 3 two-vehicle crash in her northern Indiana district. A 55-year-old woman driving the other car was also killed in the crash.

At the time of her death, Mr. Biden had issued a statement offering condolences to her family. The White House also lowered flags to half staff to honor her passing.

“I guess Biden forgot he issued this statement unless he didn’t actually issue this statement,” the former president’s son wrote on Twitter.