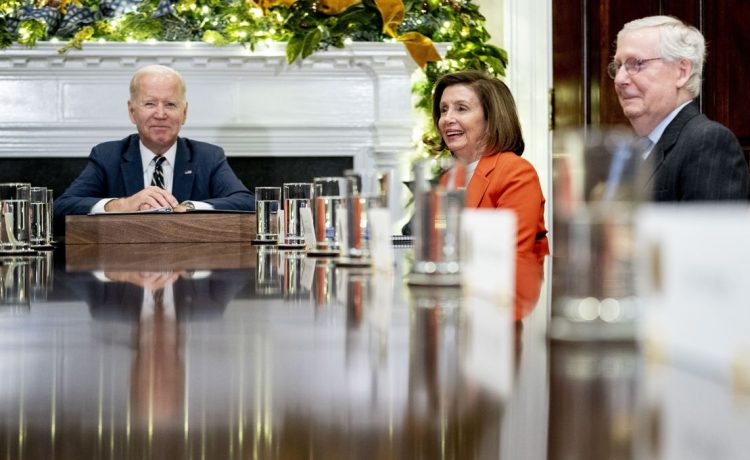 President Biden will be joined Wednesday in a rare bipartisan appearance with Senate Republican leader Mitch McConnell in Kentucky, where the president is expected to tout his $1.2 trillion infrastructure law and broader economic plan.

The visit, which will occur one day after Republicans take control of the House, signals a White House push for cooperation across the aisle as Mr. Biden rounds the halfway point of his administration with a divided Congress.

While on Mr. McConnell’s home turf, the president will deliver remarks “on how his economic plan is rebuilding our infrastructure, creating good-paying jobs that don’t require a four-year degree, and revitalizing communities led behind,” according to a White House preview of the trip.

Mr. Biden took aim at the divide that continues to plague politics, saying in his Christmas address the climate in Washington has “gotten so angry, so mean, so partisan.”

“Too often we see each other as enemies, not as neighbors; as Democrats or Republicans, not as fellow Americans,” he said. “We’ve become too divided.”

Mr. Biden pledged to approach the next half of his administration “with his hand outstretched to both parties in Congress, ready to keep putting country ahead of party and staying steadfastly focused on the needs of American families above all else,” White House deputy press secretary Andrew Bates said in a memo to reporters ahead of the holidays.

“He wants to keep working together on cutting costs, bringing more jobs back from overseas, saving more lives from gun violence, and keeping the American people safe,” Mr. Bates said.