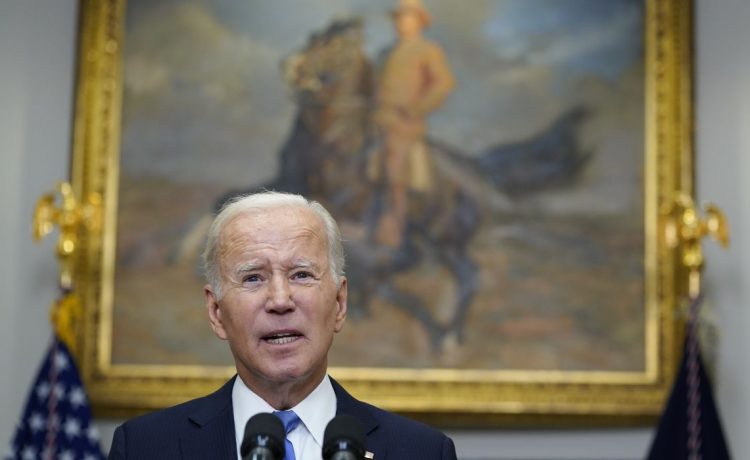 President Biden met Friday with family members of the late Rep. Jackie Walorski of Indiana to sign a bill that renames a veterans health clinic in her honor — days after a mistake in which the president called out for the lawmaker, who died in August.

“This happened while I was coming to the podium,” White House press secretary Karine Jean-Pierre said during a press briefing. “The majority of bill signings are not necessarily always done in public.”

On Wednesday, Mr. Biden asked, “Where’s Jackie?” in an attempt to give bipartisan credit to Mrs. Walorski, a Republican who was killed in a two-vehicle crash in her northern Indiana district.

Ms. Jean-Pierre struggled to explain the mistake later in the day, saying the congresswoman was “top of mind” for the president but failing to explain why he scanned the room for her.

One reporter quipped, “I have John Lennon on top of mind just about every day but I’m not looking around for him.”

“When you sign a bill for John Lennon … then we can have this conversation,” Ms. Jean-Pierre said.