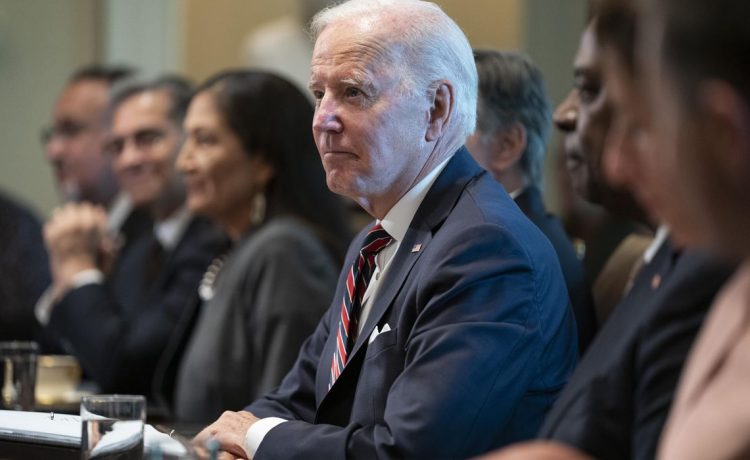 President Biden on Thursday mourned the death of Queen Elizabeth II by praising her as a “stateswoman of unmatched dignity.”

He said the late queen was instrumental to the “bedrock Alliance” between the U.S. and Britain, and he pledged that the close friendship between the two countries would continue under King Charles.

“The thoughts and prayers of people all across the United States are with the people of the United Kingdom and the Commonwealth in their grief,” Mr. Biden said. “We send our deepest condolences to the Royal Family, who are not only mourning their Queen, but their dear mother, grandmother, and great-grandmother.”

“Her legacy will loom large in the pages of British history, and in the story of our world,” he said.

The queen, 96, died Thursday afternoon at Balmoral Castle in Scotland. She had reigned for more the 70 years.

“Her Majesty Queen Elizabeth II was more than a monarch,” Mr. Biden said. “She defined an era.”

“In a world of constant change, she was a steadying presence and a source of comfort and pride for generations of Britons, including many who have never known their country without her,” he said. “An enduring admiration for Queen Elizabeth II united people across the Commonwealth.”

Mr. Biden recalled first meeting the queen in 1982 while traveling as part of a Senate delegation. He noted the queen’s hospitality in June of 2021 during his first overseas trip as president when “she charmed us with her wit, moved us with her kindness, and generously shared with us her wisdom.”

“All told, she met 14 American presidents,” Mr. Biden said. “She helped Americans commemorate both the anniversary of the founding of Jamestown and the bicentennial of our independence. And she stood in solidarity with the United States during our darkest days after 9/11, when she poignantly reminded us that ‘grief is the price we pay for love.’”