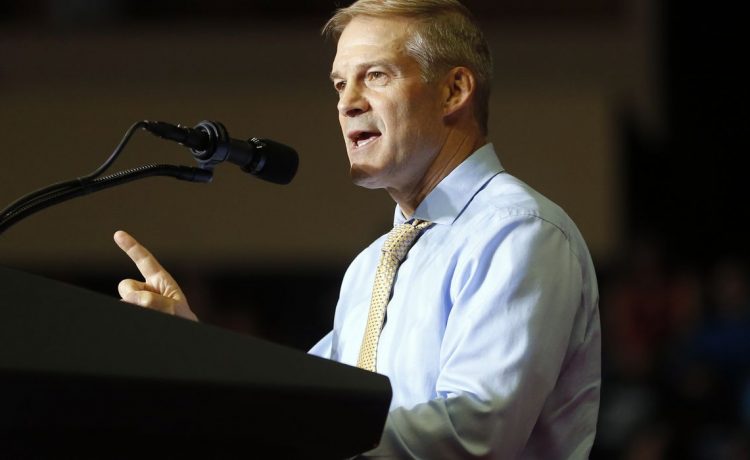 House Republican leaders have told the Biden administration to preserve documents related to the targeting of parents at school board meetings and the botched U.S. pullout from Afghanistan, as the lawmakers prepare for congressional investigations next year.

Mr. Jordan, who is poised to chair the committee if, as expected, Republicans win the House majority in the Nov. 8 elections, demanded the preservation of evidence related to federal agents targeting parents who spoke out at school board meetings.

He accused Mr. Klain, Mr. Cardona and Mr. Mayorkas of “misuse of federal criminal and counterterrorism resources” to target parents.

The administration came under intense scrutiny after the Justice Department last year directed federal authorities to investigate parents who spoke out against COVID-19 mandates and “woke” curricula such as critical race theory. The directive came in response to a request from the National School Boards Association, a nonprofit comprised of states’ school board associations, that said the threats against educators and school officials were akin to “a form of domestic terrorism and hate crimes.”

Marking a chaotic and controversial end to America’s longest-running war, all U.S. troops were withdrawn by Aug. 30, 2021, allowing the Taliban quickly took control of the country. As U.S. personnel and Afghanis rushed to escape the country, a terrorist bomb attack at the Kabul Airport killed 13 Marines and more than 100 Afghans.

The White House did not respond to a request for comment about the document preservation requests.

House Republicans are increasingly vocal about their oversight plans of the administration if their party gains power. Mr. Jordan has said Mr. Mayorkas is a candidate for impeachment over the surge in illegal immigration.

House Republicans also have previewed plans to investigate political bias at the Justice Department and FBI, as well as President Biden’s involvement in the suspicious business dealings of his son Hunter Biden and his brother James Biden.

Mr. Jordan and Mr. McCaul said their previous demands for information about immigration and the targeting of parents went unanswered.

“Now over four months later, you have failed to produce any of the requested documents or information. This is unacceptable,” wrote Mr. Jordan.

Mr. McCaul wrote in his letter to Mr. Blinken that information about the botched U.S. withdrawal from Afghanistan last year “is critical to the constitutional legislative and oversight responsibilities of Congress, and it is unacceptable for such requests to be ignored or given the attention they deserve.”