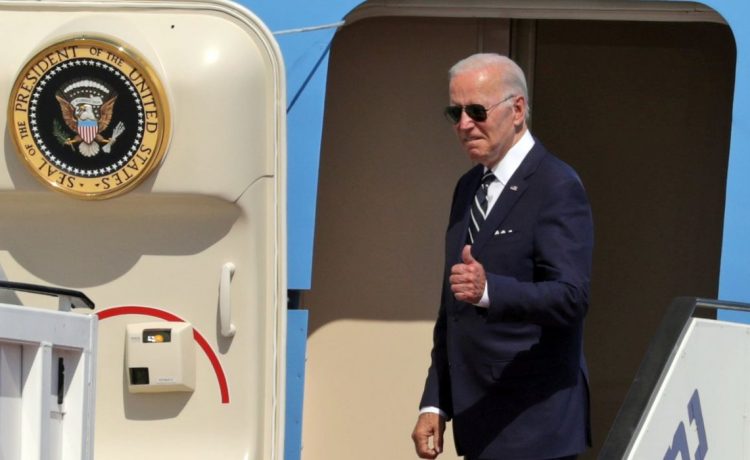 President Biden vowed to take “strong executive action” amid the Senate Democrats’ failure to reach a compromise on including climate and energy provisions in their party-line spending bill.

Mr. Biden said Friday if the Senate “will not move to tackle the climate crisis” and back clean energy programs through legislation, he would “meet this moment” with the unilateral power of the presidency.

“I will not back down: the opportunity to create jobs and build a clean energy future is too important to relent,” Mr. Biden said.

Sen. Joe Manchin III, West Virginia Democrat, dealt a major blow to Mr. Biden‘s agenda Thursday by rejecting his fellow Democrats’ proposals to include climate and energy measures in the party’s budget reconciliation bill to be considered before the August recess.

He said that he “unequivocally” would support only a provision to lower prescription drug prices and a two-year extension of subsidies for the Affordable Care Act.

Mr. Manchin was “explicit,” according to a source, that he will not get behind a budget reconciliation bill next month that includes spending on energy or climate, or that raises taxes on the nation’s wealthiest citizens or largest companies, which are key elements pushed by his party.

Mr. Manchin’s stance, which derailed much of Mr. Biden‘s scaled-down agenda, reverberated on and off Capitol Hill.

The support of all 50 Senate Democrats is needed to push through the spending-and-tax package. Mr. Manchin’s defection was a death blow for the climate agenda, though drug pricing and Obamacare subsidies would still be a win.

At the core of Mr. Manchin’s opposition was concern that more government spending would only exacerbate 40-year-high inflation.

Mr. Biden has come under increasing political pressure to make progress on his climate and social welfare agenda amid months of delays.

In his statement, the president thanked Senate Majority Leader Charles E. Schumer for “his dogged and determined effort to produce the strongest possible bill to bring down costs, reduce the deficit, and combat the climate crisis while boosting our energy security.”

And he doubled down on his calls for Congress to “act quickly and get legislation to my desk to deliver for American families.”