Biden praises U.S.-Egypt relationship in a sitdown with El-Sisi 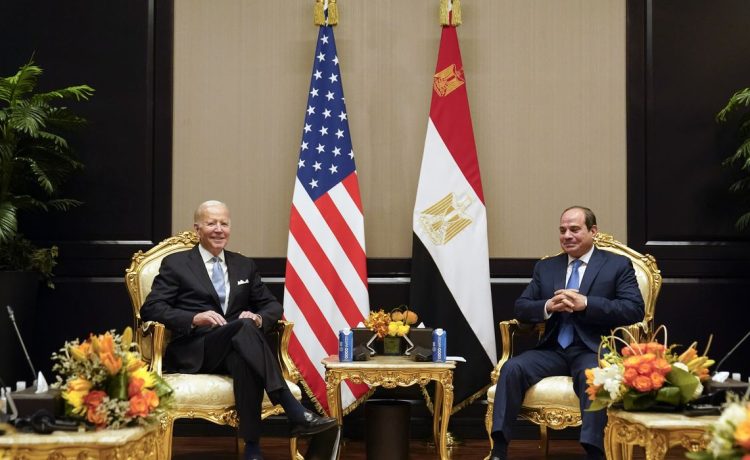 President Biden said Friday he hopes the U.S. relationship with Egypt becomes stronger by the end of the year and thanked President Abdel Fattah El-Sisi for his efforts on the global stage.

Specifically, Mr. Biden praised the Egyptian leader for serving as a mediator in Gaza, a Palestinian strip of land near Egypt and Israel that is the site of clashes between Palestinian Hamas militants and Israel.

The U.S. leader is in the Red Sea resort town of Sharm el-Sheikh for a U.N. climate summit known as COP27. Mr. Biden was joined by Secretary of State Antony Blinken, National Security Adviser Jake Sullivan and other top aides.

Mr. Biden told Mr. El-Sisi there has “always been common understanding” between the U.S. and Egypt though the relationship has been strained at times by Egypt’s crackdown on free speech and political dissidents.

Mr. Biden did not answer questions from the traveling press, including whether he intended to press Mr. El-Sisi on human rights and political prisoners. The president was expected to bring up the topic in private, though the pair offered pleasantries in front of the cameras.

“I could listen to you much longer,” Mr. Biden said.

“I appreciate that,” Mr. El-Sisi replied.