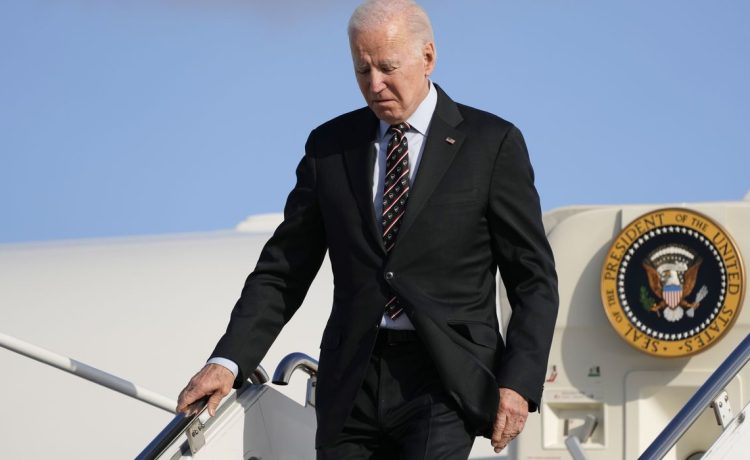 President Biden is making back-and-forth trips between the White House and his home state of Delaware on Friday, racking up costly flight time with the to-and-fro.

Mr. Biden flew to Delaware on Thursday to participate in a town hall at the National Guard center in New Castle to tout newly expanded veterans benefits, only to make the pricey return trip to the White House on Air Force One Friday afternoon, before being scheduled to head back to his home turf seven hours later.

Mr. Biden has continued to rack up miles on his frequent trips to Delaware throughout his time in office.

As of mid-October, Mr. Biden had spent more than a quarter of his time in office on getaways to his home state, surpassing former President Trump’s highly criticized time away from the White House.

Trips to Delaware became a key part of “Amtrak Joe’s” persona throughout his career in the Senate. He was known to dash out of Washington nearly every night to go back to his home state once the upper chamber gaveled out for the day.

But a trip back home for a sitting president requires significantly more planning and coordination among the hoards of White House staff and a Secret Service detail always in tow.

The trips also can be expensive.

The cost of a one-hour flight on Air Force One is $180,118 — accounting for fuel, flight consumables, repairs and maintenance — according to a 2016 Air Force disclosure in response to a Freedom of Information Act request by conservative watchdog Judicial Watch.

The Air Force One hop from Washington to Wilmington clocks in at less than an hour, and the president has a range of other travel options at his disposal, including a smaller, modified version of the iconic Boeing 747 that costs significantly less to operate, running just $15,846 per flight hour to operate.

But other costs, especially the added security expenses, quickly add up.

White House press secretary Karine Jean-Pierre told reporters on Thursday that Mr. Biden was returning to Washington to attend White House meetings and participate in holiday merrymaking before flying back at 8:55 p.m.

Mr. Biden said during his address in Delaware on Friday that the return trip was so he could “sign a few pieces of legislation” and attend a White House reception.

A White House official told The Washington Times that Mr. Biden will sign Congress’ stopgap funding bill to fund the federal government through Dec. 23 during his brief stopover Friday.

The Senate approved the temporary funding legislation Thursday night, in addition to giving final passage to Congress’ annual defense policy bill, which includes a measure to repeal the president’s COVID-19 vaccine mandate for members of the military.

The White House has remained mum on whether he intends to sign the defense bill into law.

He added that while the president views the repeal as “a mistake,” he also “believes that it’s important to fund our military.”