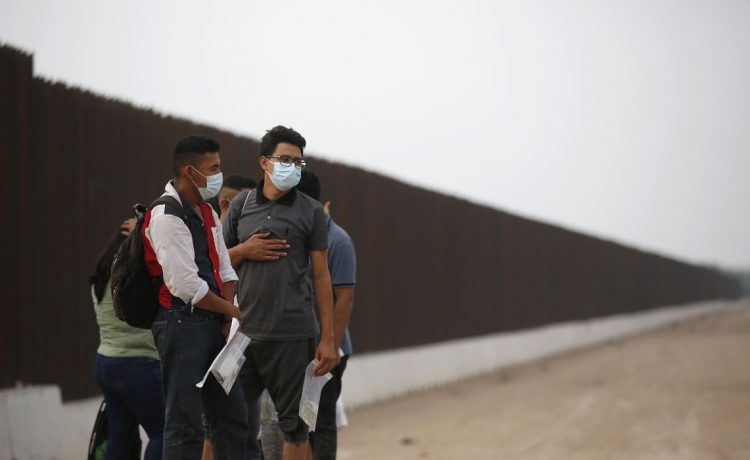 Border authorities nabbed nearly 240,000 illegal immigrants at the southern border in May, according to numbers released late Wednesday that show the month marked a new record level of chaos for the Biden administration.

Just 42% of those were expelled under the Title 42 pandemic emergency policy, while the rest were processed under normal immigration rules — which under the Biden administration usually means being released into communities to await eventual court proceedings.

All of the key categories showed increases, from unaccompanied juveniles, which surged 21% in May, to migrants traveling as families, which rose 8%.

Customs and Border Protection (CBP) tallied nearly 12,000 people detained in its facilities on any given day in May, topping March’s previous high.

That is particularly worrying for border authorities who had insisted the bad numbers under Mr. Biden were artificially inflated by recidivists.

“The terrain along the Southwest Border is extreme, the summer heat is severe, and the miles of desert that migrants must hike after crossing the border are unforgiving,” he said. “Our message to those who would try and gain illegal entry to the United States remains the same – don’t make the dangerous journey only to be sent back.”

The problem is that increasingly, migrants aren’t sent back.

CBP reported releasing more than 20,000 illegal border-crossers outright, and transferring nearly 74,000 more to other federal agencies who were expected to release almost all of them.

On the other hand, drug seizures did drop across all four major categories of heroin, cocaine, methamphetamine and fentanyl.

Seizures, like arrests of migrants, are considered a rough yardstick of the overall flow. So the drop in drug seizures likely means fewer drugs are getting through undetected.