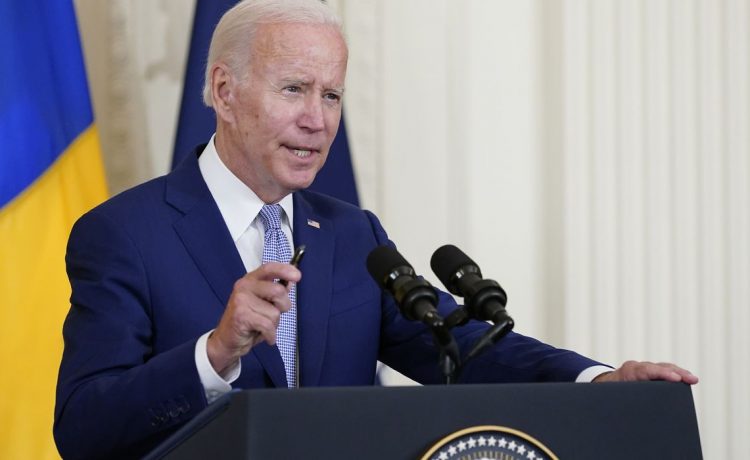 President Biden expressed his condolences for author Salman Rushdie, saying he was “shocked and saddened” after news that he was stabbed at an event in New York on Friday.

Mr. Biden said the Indian-born British author stands for “essential, universal truths” that should be free to share without fear.

“Salman Rushdie — with his insight into humanity, with his unmatched sense for story, with his refusal to be intimidated or silenced — stands for essential, universal ideals. Truth. Courage. Resilience. The ability to share ideas without fear. These are the building blocks of any free and open society,” Mr. Biden said.

The president added: “Today, we reaffirm our commitment to those deeply American values in solidarity with Rushdie and all those who stand for freedom of expression.”

Mr. Rushdie was stabbed multiple times on stage prior to making a speech at the Chautauqua Institution in New York.

The suspect, 24-year-old Hadi Matar, stabbed the author in the neck after rushing the stage. He has since been taken into police custody.

Mr. Rushdie is currently undergoing surgery and is on a ventilator. His agent, Andrew Wylie, told the New York Times that he is likely to lose an eye and also suffers from a damaged liver.

Mr. Rushdie authored the book “The Satanic Verses,” which is based on the life of the Islamic prophet Muhammad.

He spent years in hiding over the novel, after receiving death threats and a bounty for his murder due to perceptions that the book is “blasphemous” among Muslims. It is banned in several countries.

Iran offered anyone who kills Mr. Rushdie a $3 million reward.

“This act of violence is appalling,” Mr. Sullivan said. “All of us in the Biden-Harris administration are praying for his speedy recovery.”