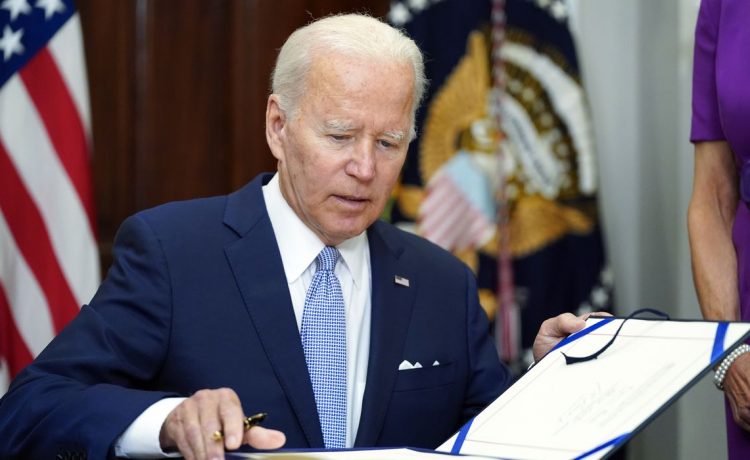 President Biden on Saturday signed into law the nation’s first new gun control laws in decades, one day after Congress passed the legislation marking a huge victory for Democrats.

“This is a monumental day,” Mr. Biden said during a brief signing ceremony at the White House. “This is a time, when it seems impossible to get anything done in Washington, we are doing something consequential.”

The legislation, which expands background checks to include juvenile records and incentivizes states to adopt “red flag” laws, came in response to the recent wave of deadly mass shootings that have gripped the country including a racially-fueled attack that killed 10 Black people in Buffalo, New York, and an attack on a Texas elementary school that killed 19 children and two teachers.

Mr. Biden thanked the families of victims of mass shootings who called on Congress to act.

“Their message to us was ‘do something.’” Mr. Biden said. “For God’s sake, just do something.”

The House gave final passage to the measure Friday in a 234-139 vote after weeks of negotiations in the Senate which passed its final bill with the support of 15 Republicans and all 50 Democrats.

Nearly every single House Democrat and 14 House Republicans voted in favor of the final measure.