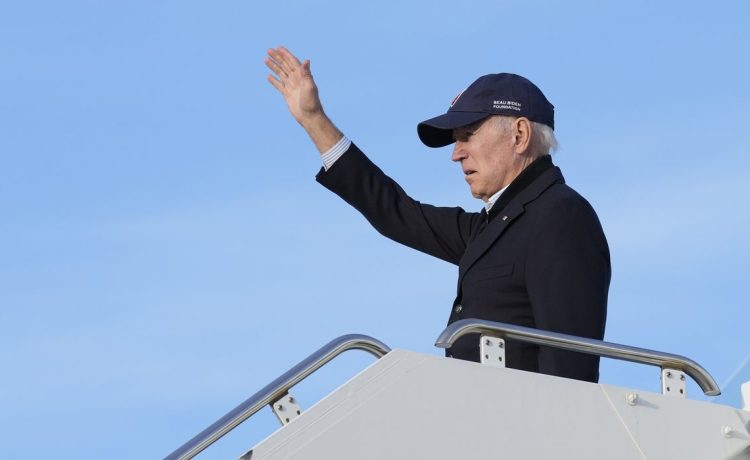 President Biden has opted to spend the weekend at his home in Rehoboth Beach rather than return to his other Delaware residence in Wilmington where improperly stored classified documents were recently found.

White House press secretary Karin Jean-Pierre declined to state whether the trip to the wealthy beach community in the dead of winter was due to the ongoing fallout surrounding the president’s potentially illegal mishandling of classified material.

“As it relates specifically to the investigation I would refer you to the Department of Justice, so I’m not going to — not going to comment on that piece at all from here,” Ms. Jean-Pierre said.

“As it relates to his travel, as you know, he often travels to Delaware on the weekends,” she added. “I just don’t have anything else to share.”

Mr. Biden has become engulfed in the biggest political crisis of his presidency after his potentially illegal missteps were made public earlier this month.

Classified government documents dating back to Mr. Biden’s time as vice president in the Obama White House were discovered at a Washington office building that he used when he was an honorary professor at the University of Pennsylvania on Nov. 2, just six days before the midterm elections.

The matter only became public two months later when it was uncovered by CBS News.

A second batch of classified documents was later found in Mr. Biden’s Wilmington garage by White House aides. Mr. Biden’s staff notified the Justice Department that it had discovered the second batch on Dec. 20.

Those documents were publicly disclosed on Jan. 12.

Mr. Biden said the classified documents were in a locked garage near his prized 1967 Corvette Stingray.

More documents were later discovered at his home in Wilmington and turned over to the Justice Department by White House special counsel Richard Sauber.

On Thursday, Mr. Biden said he had no misgivings about concealing his mishandling of government secrets from the public until months after classified documents were first discovered.

“I have no regrets,” the president said. “I’m following what the lawyers have told me they want me to do. That’s exactly what we’re doing.”

“There’s no there there,” he said.