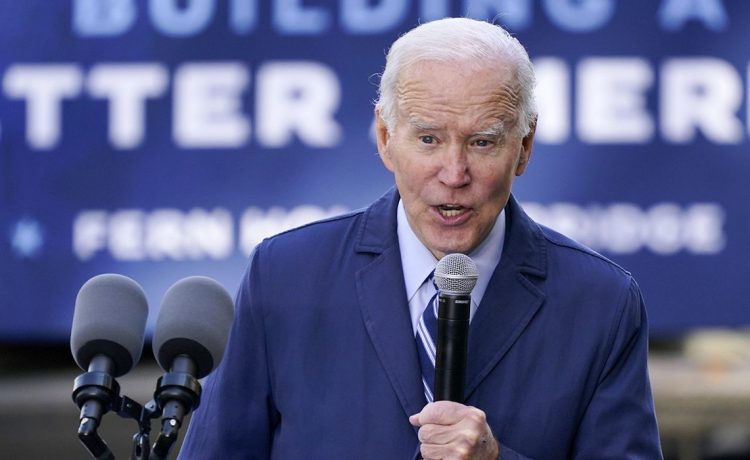 President Biden told a veterans’ town hall that he used his status as vice president to award his uncle a long-overdue Purple Heart medal for his service in World War II.

But the story’s timeline doesn’t add up, and there is no firm record that Frank Biden was awarded the medal, prompting head-scratching about the story.

Mr. Biden said Friday in Delaware that his father, Joseph Biden Sr., had kicked off the effort.

“My dad, when I got elected vice president, he said, ‘Joey, Uncle Frank fought in the Battle of the Bulge.’” Mr. Biden told attendees.

“He was not feeling very well now — not because of the Battle of the Bulge, but he said, ‘and he won the Purple Heart and he never received it. He never got it. Do you think you could help him get it? We will surprise him,’” the president said. “So I got him the Purple Heart. He had won it in the Battle of the Bulge. And I remember he came over the house and I came out and [Biden Sr.] said, ‘Present it to him, OK?’ We had the family there.”

Mr. Biden was elected vice president in 2008. His father died in 2002, and the uncle in question died in 1999, making the scenario impossible.

It is possible Mr. Biden misspoke and meant to relay a story about when he became a senator. He served on Capitol Hill for decades, starting in 1973.

The New York Post reported that it couldn’t find evidence that Frank Biden was awarded the medal.

“Frank Biden’s tombstone does not identify him as a Purple Heart honoree, nor does his obituary,” its article said. “A partial registry of known Purple Heart recipients also doesn’t note anyone by that name receiving the award, though that database is not comprehensive.”

The Republican National Committee highlighted the inconsistency, while Mr. Biden’s defenders noted the Purple Heart “Roll of Honor” is voluntary, so not all recipients will appear in records.

“Enrollment is voluntary as there is no comprehensive list of Purple Heart recipients in existence,” the registry website says. “We rely on family, friends and recipients to share their stories with us and encourage you to enroll a recipient now.”