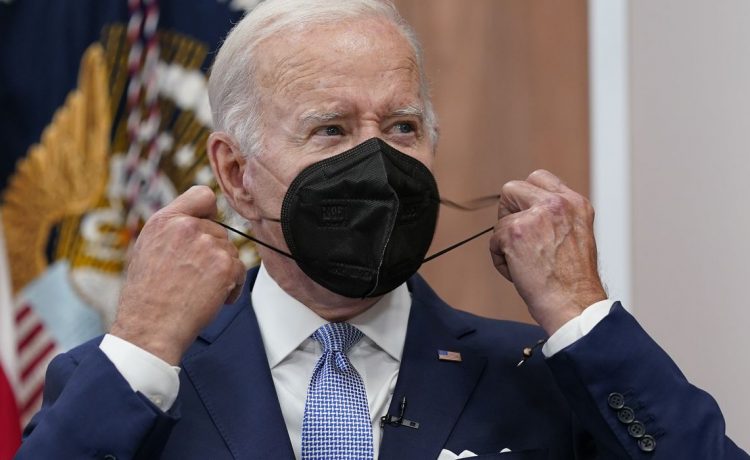 The coronavirus caught up to President Biden and Dr. Anthony Fauci in the third year of the pandemic, but the high-profile seniors have another thing in common — they both got hit by “Paxlovid rebound,” in which people test positive even after they seemed to kick COVID-19 away.

Mr. Biden, 79, remained stuck in isolation at the White House on Monday instead of touting his agenda across the country as planned this week. He completed a course of Pfizer’s antiviral drug and tested negative last week, only to register a positive result on Saturday and again on Monday.

White House physician Dr. Kevin O’Connor said that because Mr. Biden feels OK, there is no need to reinitiate treatment.

‘He will continue to conduct the business of the American people from the executive residence,” the doctor said in a daily memo.

Dr. O’Connor said Mr. Biden is being tested frequently to measure his status and is self-isolating in case he remains infectious, given the number of Secret Service agents, aides and staff on campus.

The White House confirmed there were six close contacts from his activities after his negative test and before he tested positive again. Those people have tested negative.

Ms. Jean-Pierre rejected the idea that Mr. Biden pushed himself too hard during his initial bout of COVID-19 and treatment.

‘We don’t think he overexerted himself or it was the wrong decision,” she said. ‘He’s doing well, he’s doing the business of the American people in the White House residence and he’s looking forward to [being] out here again.”

Officials say the rebound impact is relatively rare and does not mean Paxlovid is ineffective at preventing severe disease, though it is a nuisance that complicates the message around Pfizer’s drug.

Paxlovid is a treatment that showed promise in staving off hospitalization or death from COVID-19 in clinical trials, and it is one of the key weapons against disease, alongside the vaccines.

The pill-based treatment consists of two drugs — nirmatrelvir and ritonavir — that work in concert to stop the virus from replicating. Some recipients of the treatment, like Dr. Fauci, not only test positive again but see a re-emergence of symptoms once treatment is complete.

The Centers for Disease Control and Prevention said rebound tends to occur two to eight days after the initial recovery. In a statement, Pfizer pointed to CDC research that found a return of symptoms could be tied to the natural history of infection with this virus.

‘Early reports from the beginning of the pandemic suggested some participants exhibit fluctuations in nasal viral RNA, and these fluctuations could occur as a result of the disease itself rather than a property of a particular treatment option,” the drugmaker said.

It also said it has not seen any link between the rebound and severe disease.

‘We remain very confident in Paxlovid’s clinical effectiveness at preventing severe outcomes from COVID-19 in patients at increased risk,” the company said.

For that reason, the White House said Mr. Biden’s setback shouldn’t dissuade people from getting Paxlovid, which is a key piece of the administration’s plan for managing the virus and moving beyond the pandemic.

‘The relapse truly is small and the protection of Paxlovid easily outweighs that, as we see it,” Ms. Jean-Pierre said. ‘We encourage Americans out there who haven’t fully gotten vaccinated to do that, who haven’t been boosted to go ahead and get their booster, the treatment the president received is the same treatment others can receive as well.”

Non-government experts have offered theories to explain the rebound phenomenon.

A study from the University of California, San Diego, says the rebound might be due to a lack of exposure, meaning not enough of the drug is reaching infected cells to stop all viral replication.

‘This may be due to the drug being metabolized more quickly in some individuals or that the drug needs to be delivered over a longer treatment duration,” a news release about the study said.

Others said Paxlovid was tested against variants that are no longer dominant and that current variants stick around in the body longer.

‘Many of us have begun to prescribe these meds for up to 10 days,” said Panagis Galiatsatos, an assistant professor at Johns Hopkins School of Medicine. ‘Rebound is likely happening because of stopping it prematurely. Think of antibiotics and what happens if you stop the medication too quickly.”